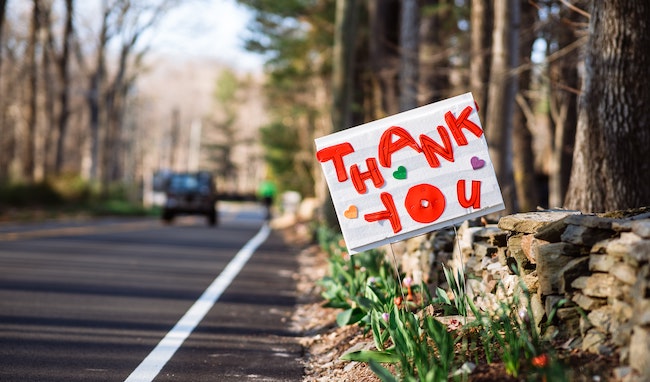 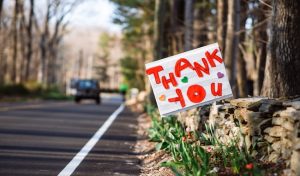 After the great miracles of the Exodus — the splitting of the sea, the falling of the Manna, and the Jewish victory when attacked by the Amalek nation — Yisro (Jethro), Moshe’s father-in-law, was so impressed by this evidence of G-d’s love for His nation that he traveled into the desert to join them, to become one of them.

Upon his arrival, Moshe recounted to Yisro all that had transpired. To this Yisro responded, “Blessed is G-d, who saved you from the hand of Egypt and Pharaoh!” The Talmud comments that no one said “Baruch Hashem” (Blessed is G-d) before Yisro.

“Baruch Hashem” is essentially an expression of thanks to G-d. Was Yisro really the first to thank G-d? The Torah recounts numerous instances when the Patriarchs and others gave thanks as well. Moshe and Miriam led the Jewish People (separately) in singing praises to G-d after the sea split and the pursuing Egyptians were drowned. What, then, was unique about Yisro’s expression of thanks?

Those who preceded Yisro were thankful, but they only expressed their thanks immediately after they were personally favored with G-d’s goodness. The moment of deliverance overwhelmed them with a sense of gratitude, and they recognized G-d as the source of their blessing. Yisro’s special expression of thanks came long after the splitting of the sea, possibly many months later [and in addition, he was not there himself to witness it]. He was the first to give thanks after the excitement of the moment had abated. He showed we should be no less thankful, and express our thanks even for kindnesses of the past. (Based on a weekly Maamar of HaRav Moshe Sternbach)

As any self-help book will tell you, gratitude is an essential ingredient of happiness. The challenge is to be thankful even when life appears to be unkind to us. To keep ourselves in good spirits, it is crucial to maintain a feeling of gratitude for previous kindnesses, even many years after they happened — for that feeling will help us pass through what may seem to be darker times.

We must also be thankful for G-d’s daily gifts, which are so common that we may not think about them. The simple ability to breathe is a constant gift. Tragically, the Covid virus, one that can severely infect the lungs and impair breathing, has taught all of us not to take steady breathing for granted. So this, too, is a constant reason to give thanks.

In reality, we should constantly be giving thanks for the gifts given to us at every moment, but routine would quickly drain this of all meaning. We owe it to G-d and to ourselves, nonetheless, to express our thanks for the commonplace at least periodically, and to recall the gifts of the past as well.

Judaism incorporates gratitude into our daily prayers: “Modim,” in particular, is both an essential part of the Amida, the standing prayer, and a beautiful expression of thanks (in translation, its text may be found here). It is important both religiously and psychologically that we teach ourselves not to merely recite, but to deeply feel its words.

And we owe our thanks to Yisro for teaching mankind this meaningful lesson!