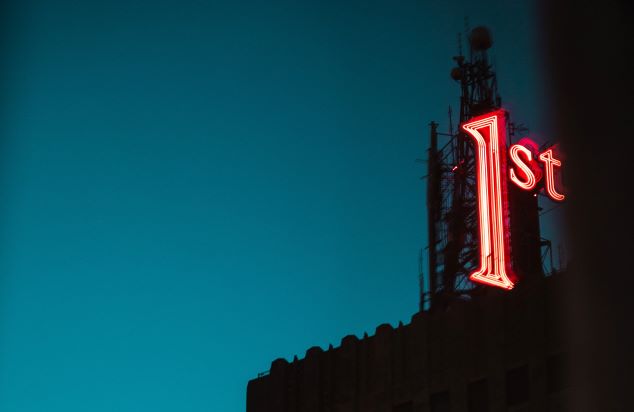 This week’s Parashah continues to discuss the laws of the Korbanot / sacrificial offerings. We read (7:37), “This is the Torah / law of the Olah / burnt-offering, the Mincha / meal-offering, the Chatat / sin-offering, and the Asham / guilt-offering . . .” R’ Yissachar Dov Rokeach z”l (1851-1926; Belzer Rebbe) asks: If a person were to bring an Olah and a Chatat together, the Chatat would be offered first! (An Olah is a voluntary offering–a gift to Hashem, so-to-speak. Before one can give a gift to the King, he must appease the King, which is the function of a Chatat.) Why, then, is the Olah listed first in our verse?

The Belzer Rebbe answers: The Zohar teaches that, if a person toils in Torah study at night, the Torah will reveal to him the areas in which he needs to improve. Otherwise, say our Sages, “A person cannot see his own blemishes.” [The original context of this expression is the Mishnah (Nega’im 2:5) teaching that a Kohen who has signs of Tzara’at must go to a different Kohen for “diagnosis.” Later Sages apply this expression to the difficulty a person has seeing his own faults.]

The Gemara (Menachot 110a) derives from our verse, “This is the Torah . . .” that, in the absence of the Bet Hamikdash, our studying about the Korbanot takes the place of offering them. Says the Belzer Rebbe: When a person sits down to learn the laws of the Korbanot, he will not choose to learn about the Chatat / sin offering, since he does not see his own blemishes. Rather, he will learn about the Olah, which is a voluntary “gift.” That is why the Olah is mentioned first in our verse. Once he toils in the Torah of the Olah, he will become aware of his obligation to bring a Chatat as well–as hinted to by the Zohar quoted above. Therefore, the Chatat is mentioned later. (Lekket Imrei Kodesh)

Rabbeinu Yoel z”l (Germany; approx. 13th century) writes: We learn from here that the Korban Tamid, the daily Olah offering, should be the first offering of the day, for the word “Mokdah” has the same letters as “Kedumah” / “earliest.” (Rimzei Rabbeinu Yoel)

R’ Yosef Tendler z”l (1932-2012; Menahel of Mechinas Ner Israel in Baltimore, Maryland) observes: Perhaps the Torah commanded that Aharon and his sons be the ones who take the ashes from the Mizbei’ach / Altar to the “dump” to teach us that no act is dirty or degrading if it is part of a Mitzvah. Just as parents clean their soiled children and do not think it is beneath them–rather, they do it lovingly–so we should approach every Mitzvah of Hashem. (Od Yosef Chai)

“And from the basket of Matzot that was before Hashem he took one Matzah loaf, one oily bread loaf, and one wafer, and placed them on the fats and on the right thigh [of the ram offering]. He put it all on Aharon’s palms and on the palms of his sons . . . Then Moshe took them from their palms and caused them to go up in smoke on the Mizbei’ach . . .” (8:26-28)

Rashi z”l comments on the last of these verses: Moshe was officiating during the seven days of installation in a white garment.

R’ David Cohen shlita (Rosh Yeshiva of the Chevron Yeshiva in Yerushalayim) asks: The entire chapter has been describing, step-by-step, how Moshe officiated during the installation of Aharon and his sons as Kohanim. Why did Rashi wait until now to inform us that Moshe was officiating at that time? Also, what is the significance of Moshe’s officiating in a white garment?

R’ Cohen explains: One might have thought that Moshe officiated during the installation of the Kohanim only because there were not yet any Kohanim to officiate. If that were the reason, however, Moshe would not have placed the sacrificial limbs on the Altar; he would have let that part of the service wait until there were Kohanim able to perform it. That would have been consistent with the general practice in the Temple, that placing sacrificial limbs on top of the altar is not a priority and can wait for a convenient time–even nighttime. (In contrast, priority portions of the sacrificial service, such as placing the blood on the altar, can never be postponed until nighttime.)

Because our verse relates that Moshe did place the offering on the altar, and did not wait, Rashi is forced to explain that Moshe was officiating by design during the seven days of installation. Moshe was not doing so because there were no Kohanim, but rather because that was Hashem’s Will [for whatever reason]. The proof that Moshe was not serving in the capacity of a substitute Kohen is the fact that he did so wearing one white garment, not the four priestly garments. (Lekach David)

R’ Sasson explains: The opening verse of Shmot is not simply cataloging the names of Yaakov’s sons. Rather, the Torah is revealing the purpose of the exile in Egypt. Our Sages teach that a person’s name represents the essence of his soul. [Our Sages say that parents experience Ruach Ha’kodesh / Divine Inspiration when naming their children.] The names of Yaakov’s sons, which became the names of the Twelve Tribes, represent the souls of all the Jewish People–the essence of what we are supposed to be. (That those names carry great meaning is evident, writes R’ Sasson, from the fact that they were engraved on the stones of the Kohen Gadol’s Breastplate.)

R’ Sasson continues: The purpose of descending to Egypt was to uncover the essence that the Tribes’ names represent. Ever since the sin of Adam Ha’rishon, mankind’s souls increasingly became sullied by pre-occupation with the physical world. R’ Yitzchak Luria z”l (“The Arizal”; 1534-1572) teaches: Just as gold and silver must pass through fire time-after-time until all their impurities are removed, so the souls of Bnei Yisrael had to pass through the harsh enslavement in Egypt to be purified. (See Devarim 20:4–“But Hashem has taken you and withdrawn you from the iron crucible, from Egypt . . .”) Little by little, the harsh physical enslavement stripped away Bnei Yisrael’s attachment to this world until their essence shone like highly polished gold, just as one beats a kernel of wheat to uncover the edible part inside.

Thus, concludes R’ Sasson, The Torah lists the names of Yaakov’s sons again to emphasize that they came to Egypt to reveal what those names represent–the true essence of what man is meant to be. (Haggadah Shel Pesach B’ohr Panecha p.17)

The benefit of Bitachon in this world is that a person who has Bitachon has peace of mind and is free from worries. He lives tranquilly, undisturbed and untroubled about whether his desires are being fulfilled. Thus it is written (Yirmiyahu 17:7-8), “Blessed is the man who trusts in Hashem, then Hashem will be his security. He will be like a tree that is planted near water, which will spread its roots alongside brooks [and will not see when heat comes, whose foliage will be ever fresh, who will not worry in years of drought and will never stop producing fruit].” (Chovot Ha’levavot: Sha’ar Ha’Bitachon, Introduction)

The first benefit of Bitachon that R’ Bachya identified also related to having peace of mind. R’ Chaim Avraham Katz z”l (Mogilev, Belarus; died 1804) explains: Until now, R’ Bachya was discussing how Bitachon can improve a person’s spiritual life–for example, by giving him peace of mind so he can focus on studying Torah and performing Mitzvot. Here, R’ Bachya is showing how Bitachon benefits a person in this world–aiding his physical and mental health. (Pat Lechem)

R’ Mattisyahu Solomon shlita (Mashgiach Ruchani of the Lakewood Yeshiva) observes: People spend a lot of money on vacations to distant places in search of peace of mind. In reality, the way to acquire peace of mind is by developing Bitachon. (Matnat Chelko)

R’ Shlomo Moshe Amar shlita (former Sefardi Chief Rabbi of Israel, now Sefardi Chief Rabbi of Yerushalayim) writes: When you rely on another human, you can never be sure he will keep his word. He may trick you or lie to you, and even if he does not, he himself is dependent on other people. Only Hashem is free from these obstacles and, therefore, can be relied on without reservations. (Be’chasdecha Batachti)