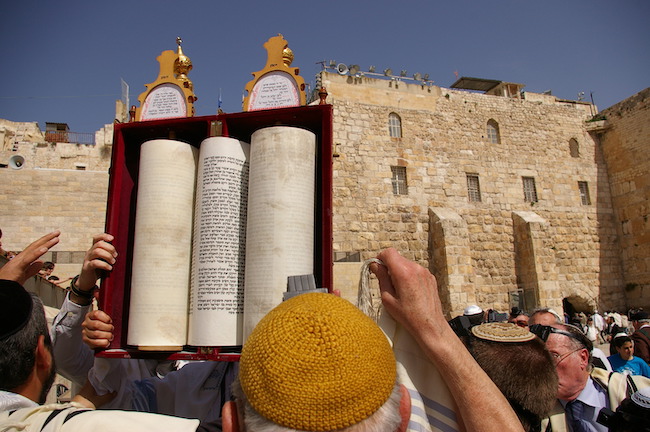 Torah is Not a Religion 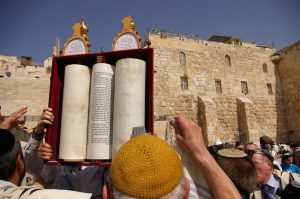 This week we read the parsha of Chukas. “Zos chukas haTorah asher tzivah Hashem (this is the ‘chok’ of the Torah that Hashem has commanded) [19:2].” The Torah is filled with many different types of commandments. There are those that make sense to us and those which do not. The understanding of the ‘chukim’ is beyond us. Our parsha begins with the laws of the para adumah — the red heifer that purified those who had become ritually impure by coming in contact with a corpse.

We’ve discussed previously that tum’ah comes to fill the void created by an absence of kedusha (holiness). A person’s kedusha comes as a result of becoming a ‘G-dly’ person. How does one go about doing that? Only through connecting to Hashem through his Torah. Without that, anyone’s guess is as good as anyone else’s. No one has the moral high ground to declare what is morally correct or incorrect. The ‘Toras Chaim’ — the instructions for life — that Hashem gave us in the guise of the Torah is the only source of what is intrinsically good and intrinsically evil. Through that, one can become a ‘G-dly’ person. Through that one can attain a level of kedusha. Only through that kedusha did the entity of tum’ah (ritual impurity) come about.

The Ohr HaChaim explains that this is why the parsha began “Zos chukas haTorah” (this is the ‘chok’ of the Torah) as opposed to “this is the ‘chok’ of tum’ah”. The Torah, with the opportunity it affords a person to ascend to dizzying spiritual heights, created that eventuality of tum’ah at the time of a person’s death — the time when that opportunity is no longer available. “Zos chukas haTorah” is therefore the proper introduction to the laws of the para adumah — the procedure of purifying oneself from the tum’ah of coming in contact with a corpse.

The Ohr HaChaim also offers a different interpretation. “Zos chukas haTorah!” If a person adheres to this mitzva (commandment), the Torah equates that to adherence to all of the mitzvos. Keeping the ‘chok’ reveals a trusting decision to keep the laws of Hashem taught throughout the entire Torah. Not only the ones that make sense to us.

As we mentioned above, the Torah is called ‘Toras Chaim’ — instructions for life. The idea is for a person to take these Torah concepts and apply them to everyday life. A ‘chok’ teaches us that we don’t truly understand any of the mitzvos. Even those such as: don’t steal, don’t murder, that we think we understand, in fact we only have a minute and shallow understanding of what the Creator actually had in ‘mind’.

That concept must then be applied to our everyday happenings, even those removed from the realm of mitzva observance. To have the understanding that if I’m stuck in traffic and therefore late for an appointment, I’m exactly where Hashem wants me to be. Even if it doesn’t make sense to me and I think I’d have been much better off arriving on time to my job interview. “Zos chukas haTorah” — accepting that life’s happenings aren’t haphazard. Everything is with a plan from above. It’s better to miss that interview if the hashgacha pratis (Divine providence) has arranged things in such a way. This also applies to the more harsh realities of life…

This past week was the yahrtzeit (a yearly observance of the Hebrew date of a person’s death) of my sister, Devorah Pesel bas Asher Chaim, a”h. Living in Israel, I usually don’t get to visit the cemetery on her yahrtzeit. This year, having been visiting the States I was able to. The pain of a sister leaving this world at the age of twelve isn’t erased even after twenty five years. One always thinks of the different, meaningful stages of life that were never reached and the relationship that didn’t develop…

We are so ‘locked up’ in this world that it is extremely hard to see past it. Marriage, parenting, relationships seem so crucially important to us. It’s hard to accept a life that didn’t have them. But our vision, as a result of being so ‘locked in’, is very skewed.

Many of the aspects of life that we see as being so essential, are nothing more than a ride on the see-saw in the overall scheme of eternity. Each person experiences those aspects of life which are needed to contribute to their eternity. Any stage that a person didn’t reach would have been as unessential and extraneous as that ride on the see-saw.