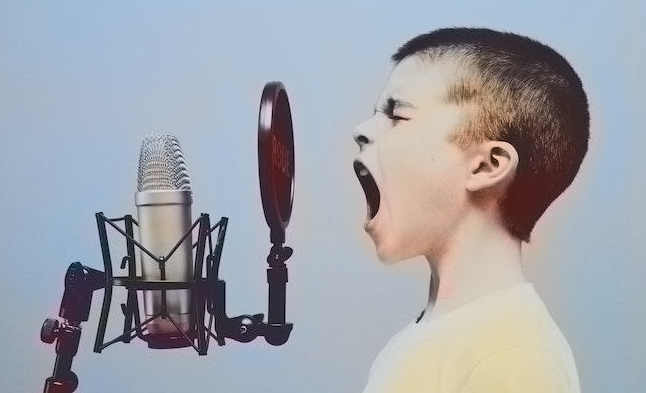 The Power of the Voice 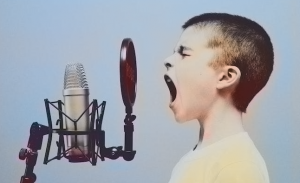 This week we read the parsha of Toldos. “V’aileh Toldos Yitzchak ben Avrohom {And these are the generations of Yitzchak the son of Avrohom}. [25:19]” The parsha then goes on to tell us about the birth of Yaakov and Esav.

During pregnancy, Rivkah was experiencing much difficulty, as the child seemed to be trying to run right out of the womb. As this was her first pregnancy, she asked other women who had already experienced pregnancies if this was normal [Even Ezra]. Upon being told that it was certainly not typical, she approached the prophet Shem to find out what was happening. Shem told her that she was carrying twins who would each father a nation. These two nations would be engaged in a constant struggle throughout history and ultimately, “V’rav ya’avod tza’ir,” the older will serve the younger.

This prophecy that was revealed to Rivkah (but not to Yitzchak) proved to be a guiding light for Rivkah in understanding her sons. She was not fooled by the superficial righteousness of Esav. She understood that the continuity of Avrohom and Yitzchak would be through Yaakov. This understanding continued throughout their development but reached its climax when Yitzchak wanted to give the brachos {blessings} to Esav.

Upon hearing Yitzchak instruct Esav to prepare a meal during which he would confer upon him the blessings, Rivkah quickly called Yaakov. “Go and bring to me two goats and I’ll prepare them for your father. You will bring them to your father in order that he’ll bless you before his death. [27:9-10]”

Yaakov was afraid that Yitzchak would realize that he was being deceived. “My brother Esav is a hairy man whereas I am smooth (skinned). Perhaps my father will feel me and I’ll be in his eyes as an imposter. I’ll bring upon myself a curse in the place of a blessing! [27:11-13]”

Rivkah confidently responded to Yaakov’s worries: “A’lai {upon me} kil’lascha b’ni {will be your curse, my son}. [27:13]” The simple meaning being that any curse that might be given will fall upon me. I’ll absorb it instead of you. However, the Targum Onkelos explains that Rivkah was actually revealing to Yaakov the reason why she was so confidently sending him to receive the blessings. “A’lai”–to me it was said through prophecy that there would not be-“kil’lascha b’ni” -a curse upon you, my son. The Rashbam explains that her confidence was based on the fact that she had already heard, while she was pregnant with them, that “V’rav ya’avod tza’ir,” the older would serve the younger. The blessings therefore were clearly meant for Yaakov and not Esav.

When Yaakov brought the food to Yitzchak in order to receive the blessings, Yitzchak was a bit unsure. “Draw close so that I may feel you, [27:21]” he demanded. Rivkah had anticipated this and had placed wooly hide on Yaakov’s hands and neck. Yitzchak felt the hands and exclaimed: “Ha’kol kol Yaakov {the voice is the voice of Yaakov} v’ha’yadayim y’day Esav {and the hands are the hands of Esav}. And he blessed him. [27:22-23]”

On a simple level, Yitzchak decided that the hands were a clearer indicator than the voice and he therefore went ahead and gave the blessings.

The Medrash explains that these words were actually a prophecy that came unknowingly from the mouth of Yaakov. When the voice of Yaakov is strong in his learning of Torah and t’filah {prayer} then the hands of Esav are weak and useless against him. However, if Yaakov’s voice becomes weak (the first word, ha’kol, is spelled without the letter vav, thereby assuming the additional meaning of hakail, meaning light and weak) then the hands of Esav have the ability to rule over him.

The Medrash also offers an additional meaning. The power of Yaakov lies in his voice. The voice is that of Yaakov. Esav’s power, however, lies in his hands.

This is illustrated very clearly later on in the Torah. As we were on our way to Eretz Yisroel, Moshe sent messengers to Edom (the descendants of Esav) asking for permission to pass through their land. He told them a bit of history, that they had been afflicted in Egypt and when they had called out to Hashem, “He heard our voices [Bamidbar 20:17].” Moshe was impressing upon them the fulfillment of our blessing/prophecy that our power lies in our voices uplifted in prayer.

Edom’s response was not long in coming. “Do not pass or else we’ll come out against you with our swords.” You’re flouting your blessing, we’ll flout ours. The hands are the hands of Esav.

When I was a teenager, I was once walking along a main street near my neighborhood when a guy sitting on the stoop gave me a look. I returned the look, which prompted him to look even harder. When I didn’t back away with my eyes he stood up and sauntered over to me. “I see you want to fight,” he said to me. “Tell you the truth, I’d just as well pass,” I responded. “No, you really want to fight,” he said drawing closer. “No, I’m really quite fine without fighting,” I answered. “No, we’re going to fight,” he prophesized, and started swinging. Well, we stood there like two idiots for about ten minutes, punching each other in the face until I guess he realized what I had realized right from the start-there was really no point in punching each other in the face for ten minutes.

What really amazed me and gave me a glimpse into a whole different mindset was what happened afterwards. It seems that during our slugfest, his ring had slipped off his finger. Realizing that, he turned to me with a friendly smile, congratulated me on a good fight and asked me to help him find his ring. I was incredulous. “Do you really think I could care less about you and your ring?” I told him in French and stomped away.

I thought it out and realized that for him fighting was a sport. It was fun. The same way my friends and I would enjoy really going at it in a tough game of basketball, he enjoyed punching and getting punched in the face.

Let’s remember who we are and where our power lies.