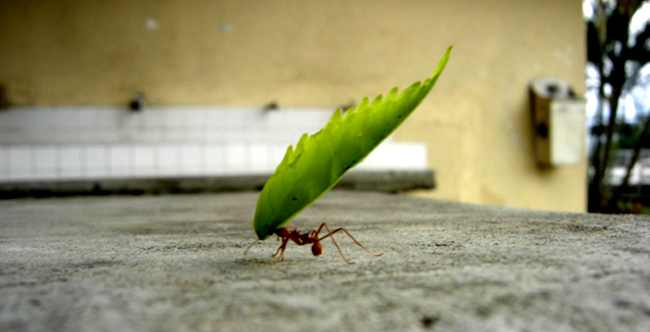 It’s All About the Effort 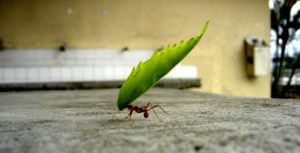 This week’s parsha is T’rumah, the donations that were made toward the building of the Mishkan {Tabernacle}. The very concept of a physical edifice ‘containing’ Hashem’s presence is very perplexing and we will touch upon that a bit later. However, a glimpse into how these different materials were valued can be seen from the order in which they are listed.

“And this is the offering… gold, silver and brass. And blue and purple and scarlet and fine linen and goats’ hair… and acacia wood. Oil for the light, spices and the stones for the ephod and the stones that would fill the (Kohen’s) breastplate. [25:3-8 ]”

The Ohr HaChaim points out that the order seems to be inconsistent. We are working down in value, moving from gold down to less precious metal, linen, wood and then oil. Yet, the last items mentioned are the precious gems that adorned the breastplate of the Kohen Gadol {High Priest}. Why are the most expensive items mentioned last?

The Ohr HaChaim quotes the Talmud [Yoma 75A] that these gems were dropped, special delivery, on the tent-step of the N’siim {the leaders of the tribes}. Being that no real effort went into the acquisition of these gems, they were considered less important in Hashem’s eyes and were therefore listed after the wood and oil.

If we’ve worked for something then we have a true appreciation for it. When, as a teenager, I told my father, a”h, that I’d like to learn to play guitar, he promptly bought me a simple guitar and arranged lessons for me. A few months later, after having worked for a caterer at minimum wage (I know I’m dating myself it was $3.35 an hour), I bought myself a new guitar. It cost me about seventy hours of cleaning off tables and lugging heavy trays and, because of all the sweat that went into it, I still have a special love for that guitar…

The Talmud [Bava Metzia 38] teaches that this concept has a practical halachic {Jewish Law} consideration. If one is watching someone’s produce, even if it starts to spoil, he should not sell it. We assess the wishes of the owner (when he’s not available to be asked) that he’d prefer to have one measure of his own rather than nine measures of someone else’s.

With this we can return to a point that we touched upon earlier. As Shlomo HaMelech {King Solomon} said in his prayers when he was dedicating the Bais HaMikdash {Temple): “Can Hashem dwell on the land? The heavens and the heaven’s heavens can’t contain Him! [Kings I 8:27]” If so, how could this Mishkan made of gold, silver and wood contain Hashem’s presence?

The Ohel Yaakov explains that Bnei Yisroel {the Children of Israel} were donating things that were dear to them, things that they had worked for and loved. Hashem’s presence didn’t rest on the gold and silver it rested on that Ahavas Yisroel (on the love that Yisroel showered on Him).

Ideally, they would have given donations of pure Ahavas Yisroel. However, since that was impossible in the physical world we live in, Hashem instead asked for these physical items to be given lovingly. But these items can’t contain Hashem’s presence. Only Ahavas Yisroel can.

Nowadays, we no longer have the Mishkan {Tabernacle} or the Bais HaMikdash {Temple}. Nevertheless, the acts we perform to Hashem and to others with this true Ahavas Yisroel bring the Sh’chinah {Hashem’s presence} onto us and into us.