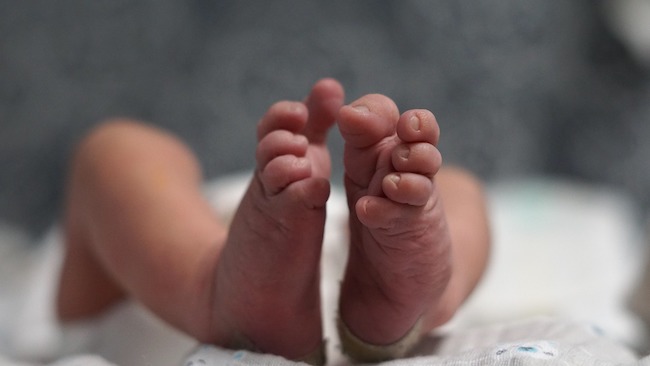 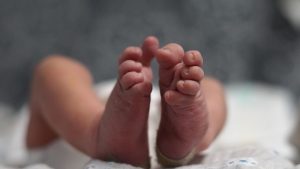 These divrei Torah were adapted from the hashkafa portion of Rabbi Yissocher Frand’s Commuter’s Chavrusa Tapes on the weekly portion: #1162 Yahrtzeit/Yizkor Candles on Yom Tov – Is There A Problem? Good Shabbos and Good Yom Tov!

The Torah records that after Moshe counted Bnei Yisrael, he counted the Tribe of Levi separately. The Leviim were counted from the age of one month and above, and they numbered 22,000. The Ramban asks a basic demographic question: The male population of the Tribe of Levi, which was counted from thirty days and up, numbered less than half of the next smallest Tribe, despite the fact that all the rest of the tribes were counted only from the age of twenty years and above! The Ramban asks: Why were there so few Leviim?

The Ramban suggests an answer to this question. He says this corroborates Chazal’s teaching on the pasuk “As they (the Egyptians) persecuted them (the Jews), so did they multiply and so did they expand…” [Shemos 1:12]. The more the Egyptians tried to minimize us through their bondage and persecution, the more Hashem blessed us and allowed the Jewish women to have multiple births, creating a population explosion amongst the Children of Israel. Chazal teach that the Tribe of Levi was not subjected to the bondage of slavery. They were free from the work and the persecution suffered by the other tribes. Therefore, since they were not part of the persecution, they also were not part of the blessing of the population explosion, and consequently their total population at the end of the period of Egyptian slavery was much smaller than that of the other tribes.

The Ohr HaChaim HaKadosh quotes this Ramban and is not happy with his suggestion. He offers his own unique—and in a sense, startling—answer: The Gemara says that Amram divorced his wife (after having only two children—Miriam and Aharon). His rationale for doing so was that given the grim situation of the Jews in Egypt (Jewish male children being thrown at birth into the Nile, at that time), he did not want to bring any more children into the world. Amram was the gadol ha’dor (the leader of the generation). He was also the head of the Tribe of Levi. When the rest of his tribesmen saw that Amram divorced his wife, they all got up and divorced their wives as well. Even though the Gemara says that Amram had second thoughts about the matter and remarried his wife Yocheved, the Ohr HaChaim suggests (this is speculation on his part) that the other Levites did not follow his lead in that action, and they remained separated from their wives.

The Ohr HaChaim supplies a rationale for their motivation: The Tribe of Levi had it relatively good in Egypt. They were not subject to the same horrors and unspeakable suffering that the rest of the Jews had to bear. Consequently, they appreciated the lives they led and they appreciated life in general. They simply could not bear the thought of bringing children into the world only to have them thrown into the Nile to be drowned or abandoned (as was the case with Amram’s third child, Moshe).

Ironically, because the other Jews suffered so much, they appreciated life less and they somehow came to terms with the thought that their children may be taken away from them. Their lives were so oppressed and they were so depressed that they felt that life was almost worthless. Consequently, the thought of having their children taken away from them seemed almost “par for the course ” and therefore it did not stop them from bringing more Jewish souls into the world! They valued life so little, that they did not recoil in horror from the thought of what might happen to their to-be-born children as did the Leviim.

The only analogy I can think of is that in some countries in the world, life is not as valuable as it is in the United States. In America (and all the more so this is true in Eretz Yisrael), much of the general perception of the populace is that every life is of infinite value. The Leviim did not want to bring children into this world. We should father children who will suffer? We should bear children who will be murdered? We are not going to have such children!

The rest of the Israelites, who themselves lived unbearable lives, were not as frightened by the idea of bringing children into the world, who themselves would have a miserable lot in life. This is a startling idea, but if we think about it, I believe we can understand it.

As a result of this phenomenon, the Ohr HaChaim writes, the Tribe of Levi had significantly fewer children than the enslaved tribes.

A Cryptic Comment of the Baal HaTurim Explained by the Bach

The Talmud [Sotah 12a] sheds further light on the above-mentioned incident. When Amram divorced his wife (not wishing to bring more Jewish children into the world under such dire circumstances), his young daughter Miriam told him, “Father, your decree is worse than Pharoah’s decree. Pharoah’s decree only affects the boys; your decree affects both male and female children!” The Talmud states that Amram accepted his daughter’s critique, and this is the background to the pasuk “A man went (va’yelech ish) from the House of Levi and married the daughter of Levi” [Shemos 2:1] The Rabbis ask, “From where did he go?” And they answer, “He went from the counsel of his daughter (to remarry Yocheved).”

The Baal HaTurim (who did not have a computer) is certainly not merely sharing an interesting word anomaly. He means something when he provides these insights. Unfortunately, the Baal HaTurim does not do us the favor of explaining the significance of the linkage between these two pesukim. But in a sense, he did do us a favor, because this gives all darshanim in every generation the opportunity to suggest their own insights explaining the connection between “va’yelech ish m’Beis Levi...” (which was a pious action—Amram took back his wife and wanted to bring children into the world) and “ va’yelech ish m’Beis Lechem Yehudah...” (where Elimelech, the leader of his generation, abandoned his people by leaving Eretz Yisrael in a time of famine and fled to Moav, which apparently was a sinful action).

The Bach (Rav Yoel Sirkis [1561-1640]), in a sefer called Meishiv Nefesh, shares an interesting idea. He says that Elimelech did not perform a wicked act in the Book of Rus. He did not abandon his people. He acted for the Sake of Heaven (l’Shem Shamayim). Elimelech knew prophetically (B’Ruach HaKodesh) that the Moshiach must trace his lineage back to the daughters of Moav. Since he was aware, however, that there was a halacha that “Neither an Ammonite nor a Moabite shall enter into the Congregation of Hashem…” [Devorim 23:4] (and at this point it was not known that this halacha only restricted male Moavites from marrying into Jewish families) and people therefore distanced themselves from any potential marriage with someone of Moavite lineage, Elimelech was perturbed that the Moshiach would never come into existence. Therefore, he took it upon himself to go with his family to the fields of Moav, because he sensed that over there, somehow, he would wind up with a woman in his family who would become the matriarch of the Messianic King.

This is the similarity the Baal HaTurim is pointing out between these two pesukim. “Va’yelech ish m’Beis Levi va’yikach es bas Levi” produced Moshe Rabbeinu, the Redeemer from Egypt, the first redeemer in Jewish history. And “va’yelech ish m’Beis Lechem Yehudah…” ultimately produced the final redeemer. Just as Amram’s intent was to bring forth women (as Miriam pointed out to him, Pharoah only decreed death on the Jewish males, but Amram’s separation from his wife ruled out the possibility of women coming into the world as well), so too, Elimelech’s intent in going to the fields of Moav was to bring forth women (i.e., Rus, the matriarch of the Davidic monarchy).

All Is Well That Ends Well

The last pasuk in Parshas Bamidbar is, “But they shall not come and look as the holy is inserted, lest they die.” [Bamidbar 4:20] When the Leviim were carrying the Aron HaKodesh, they needed to make sure it was covered, so as not to see it while it was uncovered. It was not an easy job being a Levi. It was a dangerous profession. If they looked at the Aron uncovered, they would die!

The problem is that we have a principle learned from a pasuk in Koheles [8:3] “…Lo sa’amod al davar rah…” (literally –”Do not stand on a bad thing”), which teaches that it is inappropriate to end a parsha (or even an Aliyah) on a bad note. Baal Korehs and Gabbaim know that when you need to insert an additional aliyah (“hosafa“) in the leining, there are certain places where it is forbidden to stop. One of the rules is that you cannot stop on a pasuk with a “bad message.”

And yet, Parshas Bamidbar ends with “V’lo Yiroo k’valah es haKodesh, va’meisu.” And this is not the only occurrence of this phenomenon. Parshas Kedoshim ends with the pasuk “…they shall be put to death; they shall pelt them with stones, their blood shall be within them (d’meihem bam).” [Vayikra 20:27]. This is a “beautiful ending?” “Their blood shall be within them!” How do we explain this? Koheles says not to pause on a “davar rah“. So how do we end on such frightening and somber notes as those at the end of Parshas Bamidbar and Parshas Kedoshim?

Rav Isaac Bernstein shared an interesting idea from the Teshuvas Rav Pe’alim. In Talmudic times, every person who received an aliyah did not make two brachos (one prior to his aliyah and one following it) as is the custom today. Rather, the first olah recited the beginning bracha (asher bachar banu…) and the final (usually the seventh) olah made the final bracha (asher nasan lanu Toras emes…). The Rav Pe’alim says that the result of this is that the last thing the congregation hears is not the final words of the last pasuk, but rather the last words of the final bracha “Who gave us the True Torah and Eternal Life He has implanted in our midst, Blessed Art Thou Who Gives Us the Torah!” That is not a bad note. We are not stopping at the words “They will die” or “their blood is within them.” We are stopping at “Who Gives Us the Torah.”

Now, in truth, this is the case, not only in Talmudic times, but in our day as well. So, I believe that the Rav Pe’alim is saying that the rule of not stopping on a “bad note” (davar rah) only applies to the intermediate aliyahs—namely all the section endings except the final one—which are not followed by the ending bracha. However, the rule of not ending on a “bad note” does not apply to the very end of a Parsha, because the last aliyah never ended with the Torah pasuk itself, but with the final Torah blessing.

What a better way could there be to end my final shiur before Shavuos than with the words “Baruch Ata Hashem, Nosen HaTorah“.

This week’s write-up is adapted from the hashkafa portion of Rabbi Yissochar Frand’s Commuter Chavrusah Series on the weekly Torah portion. A listing of the halachic portions for Parshas Bamidbar is provided below: