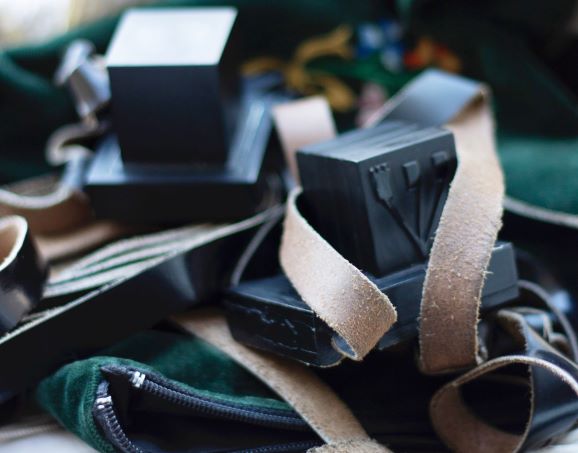 The Secret of the Kesher Shel Tefillin 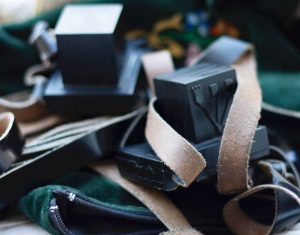 These divrei Torah were adapted from the hashkafa portion of Rabbi Yissocher Frand’s Commuter Chavrusah Tapes on the weekly portion: #1196. Taking a Choleh to the Hospital on Shabbos: You or a Non-Jew? Good Shabbos!

This seems like a strange dialog between Moshe Rabbeinu and the Ribono shel Olam. Rashi quotes a Gemara (Brochos 7a) that when Hashem passed over Moshe, Hashem showed Moshe the Tefillin knot on the back of His head Tefillin. We reference this incident in a line towards the end of Anym Zemiros: Kesher Tefillin her’ah l’anav (He showed the Tefillin knot to the humble one).

In fact, Rashi there in Maseches Brochos spells out this Talmudic allusion: This refers to the head Tefillin knot at the nape of the neck. )The Talmud in fact states elsewhere that Moshe did not understand what the knot at the back of the head Tefillin looked like, and the Ribono shel Olam showed him exactly how it looked.(

Rav Firer says an interesting thing. Several times throughout Parshas Ki Sisa, Hashem complains about Klal Yisrael that they are a stiff-necked people (am k’shei oref). Let us pause and ask ourselves – is it a bad thing or a good thing to be a “stiff necked nation”? On the one hand, from the fact that the Ribono shel Olam keeps on complaining in this parsha that we are an am k’shei oref, it would seem to be a very bad thing. On the other hand, the stiff-neck property of the Jewish nation is one of the secrets of our continued existence. If we would not be stubborn, we would not have survived.

This is a classic example of one of the great truths of life, namely that there is no character trait (midah) that is either all good or all bad. Everything depends on how and where and when that midah is used. When the Ribono shel Olam complains that Klal Yisrael is an am k’shei oref, it is an appropriate complaint. It reflects the fact that they were a rebellious and contentious people. They were a hard and argumentative nation, and they gave Moshe Rabbeinu and (as it were) the Almighty much grief. But on the other hand, thousands and thousands of Jews have persevered over the centuries in spite of untold persecutions. They were willing to die to sanctify G-d’s Name. That is also a result of the fact that we are an am k’shei oref.

Rav Firer suggests—and there is an irony in this—that we place the Tefillin shel Rosh on the very spot that symbolizes our being an am k’shei oref (i.e., the back of the neck!) Moshe wanted to know over here—and the Ribono shel Olam was showing him—how we use the Kesher shel Tefillin:

To what is our characteristic of stubbornness bound? If we tie it to rebelliousness and heresy then it is a terrible thing. But if the midah of am k’shei oref is tied to the right thing—to mesiras nefesh and to perseverance and resilience—then it indeed becomes a beautiful characteristic.

The secret of the Kesher shel Tefillin is that the nature of this characteristic of stubbornness is entirely dependent on the aspect of our personalities to which it is bound. If it is bound to the right ideologies, it indeed becomes a tremendous thing.

This resolves a perplexing question. There are three pesukim in this parsha, in which the Almighty complains to Moshe Rabbeinu that Bnei Yisrael are a stiff-necked nation. But then, towards the end of the parsha—which we read on every public fast day—Moshe says: “If I have now found favor in Your eyes, my L-rd, may my L-rd please go in our midst – for it is a stiff-necked people, and may You forgive our iniquity and our error, and make us a portion. ” (Shemos 34:9)

This is the secret that Moshe Rabbeinu just now learned. It all depends on what we do with that attribute. Moshe argues that the Almighty should stay with the Jewish people because the very fact that they are so stubborn is the reason they will be willing to be moser nefesh for Him when the time comes.

This is the way it is with every Midah. There is no human character trait—be it jealousy or anger or hatred—that is only negative and destructive. There is a proper time and place to utilize all of these human emotions and character traits. “Everything has its season, and there is a time for everything under the heaven… A time to love and a time to hate; a time for war and a time for peace” (Koheles 3:1-9)

So too, there is a time for stubbornness and a time for being soft. It just depends to what the attribute is bound, and that is the secret of the Kesher shel Tefillin.

Moshe and Yehoshua both heard loud screams coming from the location of the Israelite camp. Yehoshua suggested to Moshe that they were hearing battle sounds. Moshe disagreed: He told Yehoshua that they were hearing neither the sounds of military victory nor military defeat. They were the screams of ‘anos‘. What is the simple interpretation of the expression Kol Anos? What does that mean?

In Maseches Taanis, the Talmud Yerushalmi says that Moshe responded somewhat critically to Yehoshua: The person who will one day be the leader of 600,000 Jews cannot discern the difference between one type of scream and another? What exactly was Moshe’s complaint to Yehoshua?

Moshe chastised him. “Yehoshua, as a future leader you need to understand the nature of this noise. These are not the screams of people who are victorious. These are not the screams of people who are weak. This is a ‘Kol Anos‘”. (Rav Schwab says the word ‘Anos‘ (ayin-nun-vov-taf) is etymologically related to the word ‘eenui‘ (ayin-nun-vov-yud).) “It is the cry of people who are in pain. They are suffering and in pain because they don’t know what happened to me. They fear they have lost their leader. They are like a baby crying because it lost its mommy.” They are not rebelling against the Ribono shel Olam. They are screaming because they are scared and they don’t know where to turn.

This is a Kol Anos—a cry of pain, inui, and confusion. Moshe chastises Yehoshua for misreading the screams because a true Jewish leader needs to be able to discern the difference between a cry of rebellion and a cry of pain. A leader must be able to figure out the cause of the people crying.

This lesson applies to all of us as well. We as parents, or we as teachers must properly read what’s behind our children or our students acting out and misbehaving. It might look like an act of chutzpah or an act of rebellion but it may be something else. Sometimes that is not really the cause. The only way such “rebellion” can be redirected is by understanding the real cause.

Children sometimes say and do hurtful things. Our initial reaction might be “How dare they say that? This is out and out chutzpah and rebellion!” No! Sometimes something deeper is going on, and we need to know how to react. This is the mussar that Moshe Rabbeinu was giving to Yehoshua: “The one who is destined to be a leader over 600,000 Jews does not know how to distinguish between one type of cry and another?!” Understanding what is really behind the cry is the only way a leader will ever be able to set the people straight.