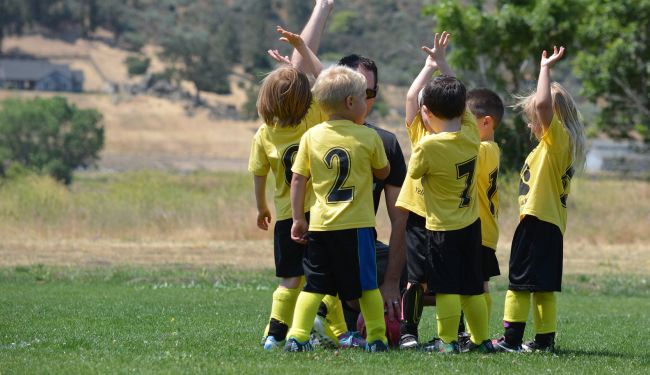 Being Part of the Winning Team 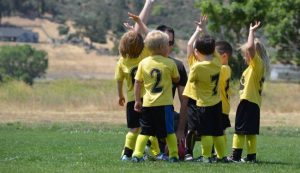 “HASHEM our G-d has spoken to us in Chorev, saying, “You have had much dwelling by this mountain.” — Devarim 1:6

On the first day of Sivan, the Jewish people encamped at Har Sinai. Five days later, they received the Torah. They then remained at Har Sinai. Much time was to pass and many events were to transpire before they would begin their travels through the Midbar.

Thirty-eight years later, when the Torah recounts the time spent at Har Sinai, it uses the expression, “You have had much dwelling by this mountain.” Rashi explains this to mean, “There is much reward for your having dwelt at this mountain. While you were there, you acquired much importance and reward. You built the Mishkan, the Menorah and the holy vessels. You received the Torah, and you appointed the Sanhedrin.”

This Rashi is difficult to understand. Moshe Rabbeinu is addressing the entire nation and saying that the years in the Midbar were great for all of them. Every one of the Jewish people received greatness and reward for being there. Yet only a small number of the people actually constructed the Mishkan, and none of them appointed the Sanhedrin. How are they rewarded for what they didn’t do?

The answer to this can best be understood with a parable.

In America today, entertainment is taken very, very seriously. And probably no event looms larger than the Super Bowl. Receiving more coverage and more notice than any religious event or national holiday, this is the event of the year. The build-up begins months ahead of time, and it’s pervasive. In supermarkets, on billboards, on t-shirts, and in magazines, the big game is touted with pictures of players and offers of memorabilia. Everyone wants to be a part of the hype.

On Super Bowl Sunday itself, life seems to stop. Over one hundred million people watch the game. About half of the households in the country show it in their living rooms and dens.

Needless to say, being on a Super Bowl team is the highlight of an athlete’s life, and being on the winning team means being a part of history. One of the trophies the winners receive is the Super Bowl ring. Typically, the ring is diamond-encrusted and large enough to bear the Super Bowl inscription, the winning team’s name and logo, and the year of the game.

In 2014, the Seattle Seahawks won the Super Bowl. This was their first victory ever, and to celebrate, they hired Tiffany’s to hand-craft each Super Bowl ring. The famed jewelry company produced a masterpiece.

In the past, Super Bowl rings sold for close to $250,000.00, but this was in a class by itself. Set in white gold with over 107 round diamonds and 40 sapphires lining the top, it is enough to make a jewelry enthusiast drool. Tiffany’s refused to give a value on the ring, saying, “It’s truly priceless.”

The question, though, was: who gets a ring? Certainly, the eleven starting players would each receive one. The other fifty or so players who suit up for the game are also part of the team, so each of them should receive a ring as well. But there are also coaches, trainers, executives, and general staff. They too are part of the success, and so they should receive one. In the end, the Seahawks gave a ring to every full-time employee of the organization. All told, four hundred Super Bowl rings were distributed — because all those people were part of the team.

All members of the team

This seems to be the answer to the question on Rashi. The Torah is telling us that we are all members of one nation. Whether you’re the Gadol HaDor or a simple tailor, you’re a Jew, and every Jew is part of one unit. For good or for bad, we are together. Only too often, we have been punished as a group, but we are also rewarded as a group. What Moshe was saying to the people of that generation was, “During your lifetime these things were accomplished, and you are all a part of it. The nation as a whole is credited with the building of the Mishkan and the establishment of the Sanhedrin. You are all part of the nation, so you receive reward.”

This concept is very applicable to us. In our day, we have seen a resurgence of Torah study that might well be unprecedented in history. Since the great yeshivahs of Sura and Pumpedisa, there haven’t been these many men learning Torah full-time. And we are all a part of that. Whether I learn in the Mir in Yerushalyim, Bais Medrash Govoah in Lakewood, or in Ponevezh or Chofetz Chaim, or even if I have never set foot into a yeshivah in my life, I am part of this nation. This nation is ascending. This nation has rebuilt Torah institutions. This nation has recreated its own culture and its own ways. We have our own magazines and radio programs, our own authors and songwriters — we have experienced the rebirth of a Torah Nation. And all of this in the turbulent waters of a conflicted society that constantly pulls at us to join in its march of emptiness and frivolity. That society pulls at our youth, and it pulls at our men and women, but despite all its efforts, we have remained loyal to the Torah way. The nation of Yisrael is on the rise, and we are all a part of it. In that sense, we are to be rewarded. May HASHEM speedily bring forth our final Redemption.