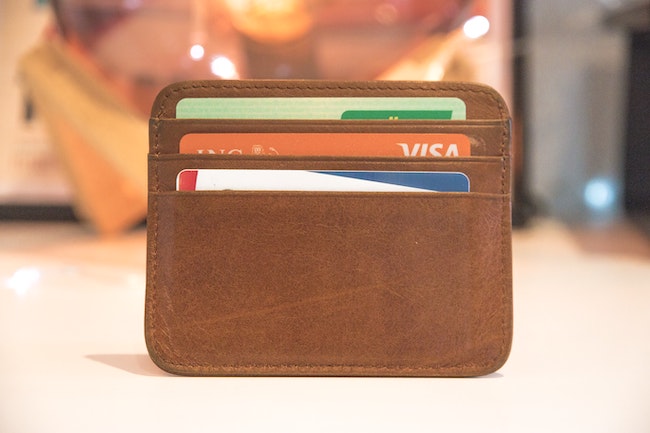 I have an opportunity to work for an online sales company. Here’s how their business works: They post a price on their website which is below wholesale. When a customer calls in, a salesperson tries to sell the customer high-priced accessories for the product. For example, a product costs $200 at wholesale and $300 at retail. This company will charge $180, which is much less than any of its competitors’ prices. Then they will sell accessories that normally cost $20 for $65 each. If they sell the customer three or four accessories they make a nice profit. Their undercharging for the main product is offset by overcharging – ona’ah — for the accessories. If the customer does not buy accessories, the company won’t ship the product because they would lose money. Can I accept this position, which pays very well? I could use the money.

This is a good question that covers a whole range of subjects.

The come-on here is totally false. The company advertises that it charges $180. But if a person orders the product without the accessories, the company simply won’t ship it to him, and it will probably take a couple of weeks of frustration of waiting for it, with all kinds of excuses and delays and letters, until he finally figures out that they pulled his leg. Or they might get him to believe that they’re out of stock. That’s more than just ona’ah (overcharging). The company is actually fooling the person, because there is no such item as the $180 product without the inflated accessories.

And the ona’ah – their charging $65 for a $20 item – why does the person pay for it? Why doesn’t he check it out? The reason is because he is convinced that this company is so cheap, so “reasonable”, that they surely wouldn’t be overcharging him. After all, this famous product that one normally has to pay $300 for, and they sell it for $180 – surely it’s a low-priced company. So they get away with charging him high prices. It’s a very, very dishonest operation.

We’ve discussed many issues in which the difference between honesty and dishonesty was quite fine. In some cases, although it appeared that what a person was doing was dishonest, in truth it wasn’t dishonest. In many cases there are two sides to an issue. Here we’re dealing with a subject in which every element is dishonest. Number one, they’re not even selling the $180 product that they advertised. Number two, they overcharge for everything else. Of course, it’s quite possible that at a certain point the customer is really paying for what he gets. Perhaps after buying two accessories as well as the main product, he’s being charged fair market value. But there are too many dishonest steps involved in the transaction.

I can’t see how a person could take such a position. He’s selling his neshomoh (soul). If it pays very well, I don’t know if it pays well enough that a person should want to sell his soul for it.

The salesperson tells the customer, “We have this beautiful product. It’s a marvelous model. This other company sells it for $300. Our price is $180, a bargain price.” Of course it’s not true, because he’s not really selling the product. He’s only selling it to the person who can be suckered in for a couple of accessories.

He describes a fictitious price, which is only meant to trap a customer. It may be that this method of selling is online, on a website, on the Internet – it sounds like it’s a ‘modern’ type of selling. But in fact this is the way they did things in S’dom and Amorah. It’s not ‘modern’ at all; it’s very, very old. It’s exactly the same thing that was done thousands of years ago by dishonest people, just selling different products.

The whole idea is so repugnant, it should make an honest person feel very uneasy. It’s very repugnant. You can’t do this kind of thing. Everything has a range, for example, selling things for a little more than usual, a little less than usual. Sometimes it involves a machlokess (disagreement) in the rishonim (Rabbis after the writing of the Talmud). The Rosh (a well known Rabbi in Jewish Law) said that you can’t charge even a little more than the actual price. Others disagree, and say you could, especially when you offer a certain service, then you can charge a little more. In other situations, you could charge a little bit less as a come-on. Then there’s nothing wrong with it as long as it’s within an acceptable range.

But if a company uses a low price as a method to trap people into shelling out loads and loads of money for something that’s worth significantly less, then it’s more or less like the sweet stuff that the spider puts on its web. It’s nothing more than a trap. And the person selling the item is a person who engages in trapping people.

If the company pays very well, it is probably trapping the employee by offering him more money. They’ll do the same with him as they do with the customers. They’ll trap him with the salary and they’ll get him on other things – benefits, seniority, and they’ll throw him out without a moment’s warning. They’ll do all kinds of other things.

The enticement of an extra high salary may be very attractive. But they’ll use him the way they want. There are a hundred different ways that they can trap employees. For example, there were company towns in the rural areas that had a company store that gave everyone credit. And they were very nice, kind and polite. Then the workers built up a big bill and ended up becoming like an indentured servant. The worker couldn’t leave or quit without paying the bill. The company will foreclose his house if he tries, and this way they keep him there. And the worker is trapped for the rest of his life. And the company makes sure that there are more and more bills. They owned the grocery store in town, and the clothing store. And little by little they have a bunch of people that they trap with all kinds of traps.

You have to be careful. If you want to work for a company whose expertise is trapping victims, you’ll be the next one, and they’ll trap you. The customer come-on is the $180 for a $300 product, and the come-on for you is the well-paying position.

NEXT WEEK’S QUESTION 75: USING EMAIL AT WORK FOR NON-WORK PURPOSES

Corporate policy where I work is that e-mail should be used only for company purposes. However, I believe that most people in the company, including the executives, use e-mail for non-work related purposes. Can I use e-mail from my place of work, for example, to get articles on Torah subjects?