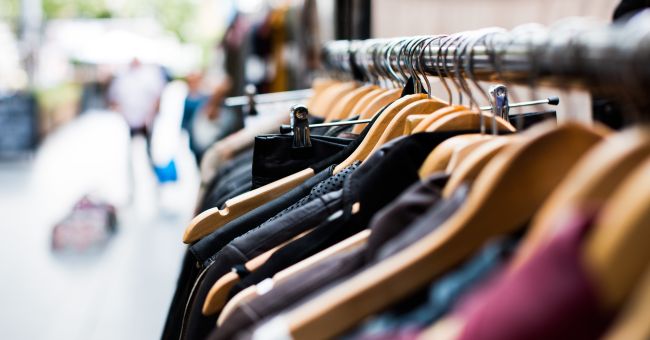 Chapter 5, Law 9 – Clothing for the Soul

“The dress of the Torah scholar should be respectable (lit., ‘nice’) and clean. There must not be found on his clothes a stain, grease or the like. He should not wear the clothes of kings, such as clothes of gold or royal purple that draw people’s attention (lit., ‘that everyone looks at’), nor [should he wear] the clothes of the poor which degrade their wearer, but rather average nice clothes.

“[The Torah scholar’s] flesh should not be visible beneath his clothes — as is the case with the very light linen garments which are made in Egypt. His clothes should not drag on the ground as the clothes of the arrogant, but rather [they should extend] until his ankles, and his sleeves should reach his fingertips. He should not let down his outer garment since this appears arrogant — except on the Sabbath if he has no change of clothes.

“During the summer, [the Torah scholar] should not wear shoes patched-up with cloth, with patches upon patches. But in the rainy season it is permitted if he is poor.

“He should not go out to the marketplace perfumed — neither with perfumed clothes nor perfumed hair. But if he rubs his flesh with fragrance in order to remove a bad smell, it is permitted. He should also not go out alone at night unless he has a set time in which he goes to his studies. All of the above is because of suspicion.”

The Rambam in this chapter has been discussing the behavior appropriate for the wise. Last week we noted a progression in the Rambam’s choice of topics, how he began by discussing the scholar’s behavior, then moved on to the scholar’s speech, and finally culminated with his gait and body language. The Rambam thus progressed to increasingly subtle aspects of the scholar’s psyche. Today the discussion centers on a matter peripheral to the scholar himself — his dress.

I would like to first explain a few surface issues regarding some of the Rambam’s references. We will then address this topic on a more profound level.

First of all, clothes were basically long robes in the Rambam’s and Talmud’s day. The Rambam here states that long clothes which reach the ground are typical of the arrogant. Likewise, letting down one’s robe (from being hitched up at the belt) is a sign of arrogance. Lengthy clothes were impractical for the working class as they interfered with manual labor. The wealthy leisure classes, who needed not work themselves, typically wore such clothes as a sign of their status (think long, royal robes). Thus, anyone who wore such a style was considered to be flaunting a high social status (whether deservedly or not), in a manner the Sages deemed ostentatious. The one exception to this was the Sabbath (as the Rambam mentions), when no one worked, and so everyone had the luxury of dressing long. (Above based on Talmud Shabbos 113a and commentary appearing in ArtScroll edition.)

Another issue the Rambam discusses here is shoe patches. Shoes were basically a filthy affair in those days. Although paved roads are hardly a modern invention, until comparatively recent times most streets and walkways were covered with mud much of the year. A man’s shoes were assumed to be filthy, serving only in the practical capacity of keeping his feet dry and protected. Thus, as the Rambam states, in the rainy season shoes had to patched up sufficiently to serve their purpose. During the summer months when much of the Middle East has no rain, more respectable shoes were in place.

Now we move on to the Rambam’s basic description of the Torah scholar’s dress. As we would expect, the scholar should not stand out — neither in showiness nor slovenliness. He should appear tidy and respectable, but basically unpretentious in dress.

As an aside, I believe an interesting observation immediately presents itself, namely that Judaism does not appear to believe in canonicals. Rabbis were not bidden to dress distinctly just to appear different from the masses or maintain their high reputation. For that matter (to my knowledge), Jewish law does not enjoin that Jews dress differently from their Gentile neighbors. (See Talmud Brachos 53a and Ta’anis 22a which imply there were only very slight differences. See also Sanhedrin 74b which states that if the Gentiles are out to wipe out Judaism, we must give our lives even on account of such minor distinctions.) There may be no reason to conform to every passing, immodest fad (and many good reasons not to), but the Torah does not seem to insist we dress differently simply in order to look foreign and strange.

(We might be familiar with the peculiar dress Jews wore in the Middle Ages, such as round pointy hats, but that was typically imposed upon them by the Gentile authorities in order to ridicule and ostracize them. Further (at the risk of getting myself excommunicated…) Hassidic garb assumed the form it did more for historical than religious reasons. It was basically the dress of the 17th Century Polish nobility — which sooner or later (quite often later) became the accepted norm in many circles.)

Now I would like to approach this topic on a deeper level. The Torah’s first mention of clothes appears quite near the beginning of Genesis (Ch. 3). Immediately after Adam and Eve sinned, they realized they were naked and as a result sewed clothes for themselves. (Yes, according to Scripture they were made of fig leaves (Genesis 3:7) — until G-d provided them with something more durable (v. 21).) We once discussed that episode at much greater length (see Pirkei Avos 3:4. (Here’s the first class on the 3-part series: https://torah.org/learning/pirkei-avos-bodysoul/.) But for today, I’d like to offer a much briefer treatment, focusing especially on the purpose of clothes.

Why after Adam and Eve sinned did they immediately realize they required clothes? And how could they have gone about without them up until then — during their very brief stay in the Garden?

The basic answer lies in an understanding of man’s Primordial Sin. Adam and Eve partook of the fruit of the Tree of Knowledge — a tree which provided them with the knowledge of good and evil. Very briefly, before the Sin man was a wholly good and pure being. He had no inner desire for evil. The force of evil was an outside force, embodied in the Biblical Serpent luring man to sin. Man’s body, however, was entirely “good”: It had no inner desire to do anything other than the bidding of its soul. Thus, if procreation was a Divine command (as man was instructed to “be fruitful and multiply” (1:28)), it was an entirely pure and natural act. And naturally, any act which fulfilled G-d’s will brought the greatest of pleasure.

At this point, man’s relationship with his body changed entirely. Beforehand, his body was nothing other than an agent of his soul, containing no other drive than to follow the dictates of his soul. Now his body had a mind(?) of its own. It would pull equally strong in the opposite direction, following its selfish and animalistic desires. Within man now lay the desire to live for himself. Man would henceforth be pulled simultaneously in opposite directions, his body and soul battling perpetually for control and supremacy.

For this reason, clothing became necessary. The purpose was not to enhance man’s appearance, to make social statements, or even (primarily) to keep him warm. It was to properly define just who man is. Adam and Eve realized they could no longer be totally comfortable with their sexuality. They could easily view themselves primarily as physical beings, as ones who live for the needs and desires of their flesh. And they could likewise view each other in that same selfish light — as bodies to be taken advantage of for their own pleasure.

Adam and Eve realized they had to dispel this notion — as well as keep their passions in check. Their flesh would have to be covered as a way of downplaying their bodies, as a means of stating the flesh is not whom they truly are. Their nakedness was covered so that no one would mistake the human body as the primary person. It was minimized, de-emphasized. It had to be made clear that the true value of the human being was his soul underneath.

This incidentally explains why Judaism places greater emphasis on modesty for women than men. It is not only because men cannot be trusted (although that is certainly a very real consideration). It’s because there is an even greater risk of mistaking the true value of women as their external looks. At the risk of sounding chauvinistic (Gee, I’ve been taking a lot of risks this week…) 😉 , women are prettier than men. There is a Kabbalistic notion that women’s bodies are a higher creation than men’s — being one step further removed from the earth. Thus, their bodies are more attractive — being an even greater reflection of the G-d who created them. And so, the need to emphasize that the true value of women is in what is within is even more essential.

Finally, to wrap up (sorry about that!), in the eyes of Judaism clothes enhance the soul much more so than the body. In the Talmud, R. Yochanan refers to his clothes as his “honorers” (Shabbos 113a). They are not primarily intended to make us look attractive, and certainly not to reveal as much of our flesh as we can get away with. They are to detract from man’s focus on his body, making it evident that man, far more than an intelligent well-clad member of the animal species, is primarily and ultimately a creature of the soul.

Some of the ideas above are based on thoughts heard or read from Rabbis Aryeh Kaplan and Zev Leff.