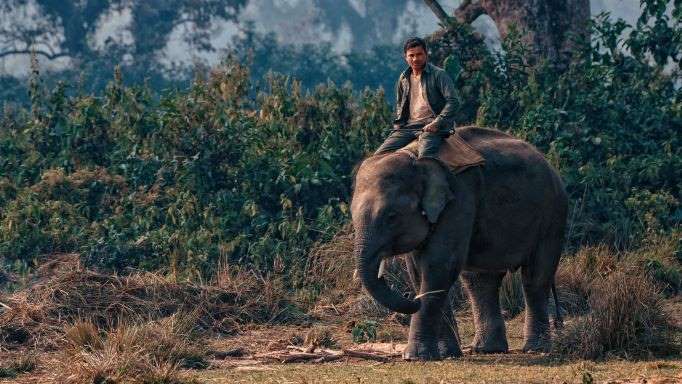 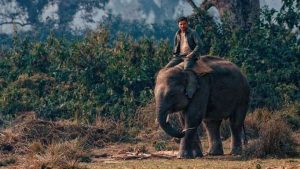 The second half of last week’s Parashah identified which animals, birds, and fish are or are not kosher, and the Parashah ended by discussing the Tum’ah / ritual impurity transmitted by certain animals. In this week’s Parashah, the Torah turns to discussing Tum’ah in or from the human body. Rashi z”l quotes Midrash Rabbah: “Rabbi Simlai said, ‘Just as man was formed after the animals and birds at the time of Creation, so his laws are presented after the laws of animals and birds.” Elsewhere, Midrash Rabbah teaches: If a person merits, he is told, “You are before the angels.” If a person does not merit, he is told, “The animals are before you.”

R’ David Cohen shlita (Rosh Yeshiva of the Chevron Yeshiva in Yerushalayim) explains: Angels are very spiritual, and animals are very earthy, but both are static, having no free choice to change their level. Man, in contrast, is a composite of an earthly body and a Heavenly soul. If he puts his soul first, he surpasses the angels (he is “before” them), for they did not work to reach their spiritual level, while he did. If man makes his body primary, he is lower than the animals (they are “before” him), because they cannot help being animals, while he has lowered himself by choice.

This, explains R’ Cohen, is the significance of man’s Torah being “after” the animal’s Torah, as Rashi writes. Tum’ah is a function of man’s earthly nature; the soul can never be Tamei. Tum’ah–especially the Tum’ah of Tzara’at discussed in our Parashah–comes about when a person lowers himself and is “after” the animals. Therefore, it is appropriate that its laws be presented after the laws of Tum’ah associated with animals. (Lekach David)

R’ Nosson Yehuda Leib Mintzberg z”l (1943-2018; rabbi and Rosh Yeshiva in Yerushalayim and Bet Shemesh, Israel) writes: Many commentaries emphasize that Tzara’at is not a natural skin condition or a symptom of a physical illness; after all, clothing and houses cannot get sick, but they can have Tzara’at. Rather, as R’ Moshe ben Maimon z”l (Rambam; 1135-1204; Spain and Egypt) writes: It is a sign and a wonder that Hashem did among the Jewish People when they merited such clear communication, to inform them when He was punishing them and distancing them.

R’ Mintzberg continues: Perhaps this is why Tzara’at is called a “Nega,” a word related to the word “Negi’ah” / “touching.” A person gets Tzara’at when Hashem “touches” him, i.e., when He reaches out to convey His displeasure with the person. The Gemara (Arachin 16a) and Midrash Rabbah identify as many as ten sins that are punishable by Tzara’at, the best known and most common of them being speaking Lashon Ha’ra. (Ben Melech Al Ha’Torah)

R’ Elizer Kashtiel shlita (rabbi and Rosh Yeshiva in Eli, Israel) writes: The Torah devotes far more space to the Tum’ah of Tzara’at than to any of the other forms of Tum’ah that exist. In addition, Tzara’at is the only Tum’ah that requires a person to be banished from the city. And, our Sages say, “A Metzora (a person with Tzara’at) is like a dead person”–a harsh statement is not made about any other form of Tum’ah!

R’ Kashtiel explains: It is not all cities that a Metzora is banished from; only walled cities. A wall is a city’s protection. Our Sages refer to Torah scholars as a city’s “wall,” for they, too, protect a city. What attribute of Torah scholars is it that offers this protection? It is the fact that, through studying Torah, people of different backgrounds and natures can find common ground. This unites the people of a city and protects them.

R’ Kashtiel concludes: More than from any weapons system, our national strength comes from constantly striving to rise above our differences and to develop great love for each other. (B’nefesh Ha’Shabbat)

“If Hashem had not taken our fathers out of Egypt, then we, our children, and our children’s children would remain enslaved to Pharaoh in Egypt.”

Many commentaries ask regarding this passage in the Haggadah: Thousands of years have passed since the time of the Exodus. Egypt has been invaded and changed rulers many times. Empires have risen and fallen. Can we really say that we would still be slaves to Pharaoh in Egypt if not for the Exodus?

R’ Meshulam David Soloveitchik shlita (1921-2021; Rosh Ha’yeshiva of the Brisk Yeshiva in Yerushalayim) explains: The author of the Haggadah does not mean that we would necessarily be in Egypt still. However, the purpose of the Exodus was not just to take us out of Egypt; it was to change our status from slaves of Pharaoh to servants of Hashem. Had Hashem not taken us out of Egypt, we might very well have been freed or escaped when another power invaded Egypt. But, we would not have had the opportunity to become servants of Hashem. We would have remained, forever, on the low spiritual level of “slaves to Pharaoh in Egypt.”

R’ Soloveitchik adds: Later in the Haggadah we read, “One is obligated to regard himself as though he himself had actually gone out from Egypt.” This means that a person should not merely see himself as a free person; rather, he should see himself as a person who has become a servant of Hashem, for that was the purpose of the Exodus. (Haggadah Shel Pesach Mi’bet Levi p.115)

R’ Aharon David Goldberg shlita (Rosh Hayeshiva of the Telshe Yeshiva in Cleveland, Ohio) offers another answer: In the natural order of things, it is not so unusual for slaves to rebel against their masters and free themselves. However, the Jewish People are not governed by the “natural order.” In fact, if it were left to the laws of nature, we could not even exist. This is the lesson Hashem taught Avraham in the verse (Bereishit 15:5), “He took him outside, and said, ‘Gaze, now, toward the Heavens, and count the stars if you are able to count them!’ And [Hashem] said to him, ‘So shall your offspring be!’” The Gemara (Shabbat 156a) learns from this verse that the Jewish People have no Mazal, i.e., we are not ruled by the “stars.” Thus, if Hashem had not taken our ancestors out of Egypt, then we, our children, and our children’s children would, in fact, have remained enslaved to Pharaoh in Egypt; we would never have been saved from Egypt if not for Hashem’s disruption of the world’s natural order. (Haggadah Shel Pesach Shirat David p.65)

Another advantage of Bitachon is emancipation of the soul and body from wearying and exhausting occupations. Also, one can avoid serving rulers, enforcing their laws, and oppressing their subjects. [In more modern terms, a person with Bitachon does not worry about ingratiating himself with government officials.] One who trusts in Hashem chooses a source of livelihood that offers the body more rest, helps him acquire a good name, affords him leisure for reflection, is more conducive to fulfilling his religious duties, and is in harmony with his beliefs. This comes about when one understands that his choice of profession neither increases his material wealth nor decreases it; rather, that occurs by Hashem’s decree, as we read (Tehilim 75:7-8), “For not from the east nor from the west, and not from the wilderness is one lifted up; it is G-d who judges–humbling one and elevating another.” Also we read (Tehilim 23:2), “He makes me lay down in green pastures; He guides me beside calm waters.” (Chovot Ha’levavot: Sha’ar Ha’bitachon, Introduction)