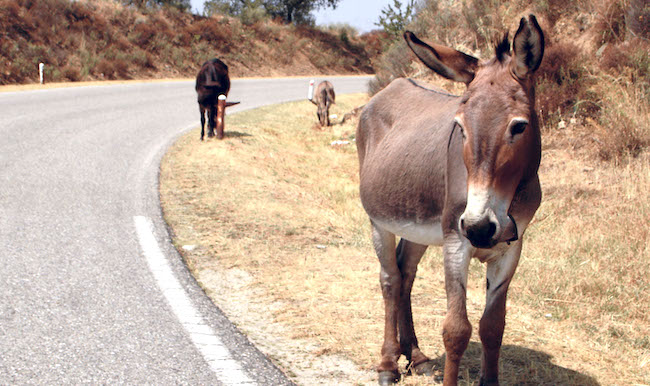 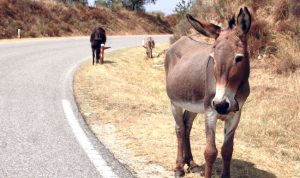 “Va’yar Balak ben Tzipur es kol asher asah Yisroel la’Emori” {Balak the son of Tzipur (who was the king of Moav) saw what Yisroel had done to the Emori}. The Bnei Yisroel {Children of Israel} had decisively routed the Emori causing Balak and his nation to be extremely frightened. Seeing that the strength of Bnei Yisroel was not in their physical and military prowess but rather in their mouths–in their ability to connect to Hashem through prophecy and prayer–he tried to enlist the services of Bilaam to curse Bnei Yisroel.

One often mistakenly thinks that if only Hashem would speak to me, reveal Himself clearly, then observance of the commandments would be so much more realistic. The story of Bilaam clearly refutes that.

The Talmud [Makkos 10B] teaches that along the path that a person wants to go, he is led. This is learned from Bilaam. When the elders of Midyan and Moav approached Bilaam to come curse Bnei Yisroel, Hashem told him: “Don’t go with them, don’t curse the nation because they are blessed .[22:12]” In the end, when Bilaam pursued it, Hashem told him that he could go with them [22:20]. Every person has their free will. They choose the path and then they are led along that path.

Avrohom never questioned or faltered–with stoic resolve and love he overcame every challenge.

Bilaam, Rav Isaac Sher shows, was tested in a very different way. He was sent ten obstacles in order to stop him from going against the will of Hashem. Wake up calls to make him realize that the path he was going on was contrary to the will of Hashem. He too ‘overcame’ these obstacles and with stoic resolve and hatred destroyed himself for eternity.

Twice Hashem spoke to him. He was told not to curse–they are blessed. In the end he was allowed to go but only to bless, not to curse them. He “overcame” the obstacle, going and hoping to somehow find a way to curse them.

An angel, unseen by him but seen by his donkey, was sent to block the way, causing it to veer off the path three times. He overcame. Ignoring the clear message being sent to him about the advisability of the path he was going on, he simply beat his donkey.

Then, talk about a wake up call, the donkey decided to discuss the situation with him. “Hey, you there with the stick, why are you hitting me?![~22:28]”

Again, with superhuman ability to ignore a ‘subtlety’, he simply enters a discussion with his donkey, explaining the decision making process which led to his hitting him.

At the risk of missing out on any future gems resulting from this intellectual exchange, the angel interrupts this conversation and reveals himself to Bilaam, explaining that it was he who had been blocking his debating partner’s progress. With astounding ‘perception’ Bilaam exclaims,

“IF it is bad in your eyes then I’ll return.” Naw, c’mon Bilaam, what makes you think that it might be bad in his eyes? You’re being too hard on yourself! You’re overreacting–being too sensitive… He overcame.

The angel sees the path that Bilaam wants to follow and he allows/leads him.

“Go, but you must say whatever you’re told to say.” Bilaam goes, still hoping to harm Bnei Yisroel in whatever way possible. Even the angel’s appearance couldn’t overcome his resolve. He again overcame the obstacle.

Bilaam arrives and is brought to a point overlooking Bnei Yisroel. Three times a prophecy is sent through his lips, each time replete with overflowing blessings for Bnei Yisroel. Each time he overcomes the clear obstacles to his defying Hashem’s will. He still continues to try to find a way to harm His children.

What was he thinking?! Here is a prophet (on the level of Moshe!) who knows what his Master wants and couldn’t care less! How could a person be shown so clearly that his path is going against the will of Hashem and yet continue?

Ethics of the Fathers [2:1] instructs us to calculate s’char mitzvah {what is gained from a mitzvah} compared to what one loses by doing it and to calculate hefsed avairah {what one loses from sinning} compared to what is gained. We understand on a simple level. A mitzvah gives eternal, spiritual reward and a sin offers momentary, physical pleasure. The same way that our understanding of the gains of a mitzvah, the eternal, spiritual reward, is simplistic and limited, so too our understanding of the gains of the sin are also limited.

Let’s look at the s’char avairah {gains of the sin} of a Bilaam. He was in his heyday! As a result of his sin of going to curse Bnei Yisroel he was treated to quite a show. Look how important I am. Look at all this personal attention I’m getting. Hashem speaks to me, my donkey starts to talk, an angel appears to me and then I spout these lofty prophecies. What a trip!

Now let’s look at the hefsed mitzvah {what is lost by doing a mitzvah} of an Avrohom Avinu. He was commanded to bring his son, Yitzchok, up as a sacrifice. The G-d-serving nation that Hashem had promised would come from him would be lost, slaughtered upon the altar. Those who had joined him, accepting his anti-pagan teachings that Hashem doesn’t want human sacrifices, would be disillusioned and lost.

Even at much earlier point, Hashem was speaking to Avrohom when three angels, appearing as idol-worshipping travelers came to his tent. Calculating the reward of the mitzvah of hachnosos orchim {hospitality to guests} as compared to what would be lost (breaking his encounter with Hashem) Avrohom asked Hashem to please wait and ran to the guests! For Avrohom, the hefsed mitzvah {what’s lost by performing a mitzvah} was spirituality. Yet, he correctly calculated that the spirituality gained would be that much greater.

That is the comparison between a Bilaam and an Avrohom. Each had their encounters with Hashem, knowing with absolute certainty that He exists and yet, each still had their tests. Each made their calculation and each chose their path.

Along the path that a person wants to go, that person is led. The ball’s in our court.