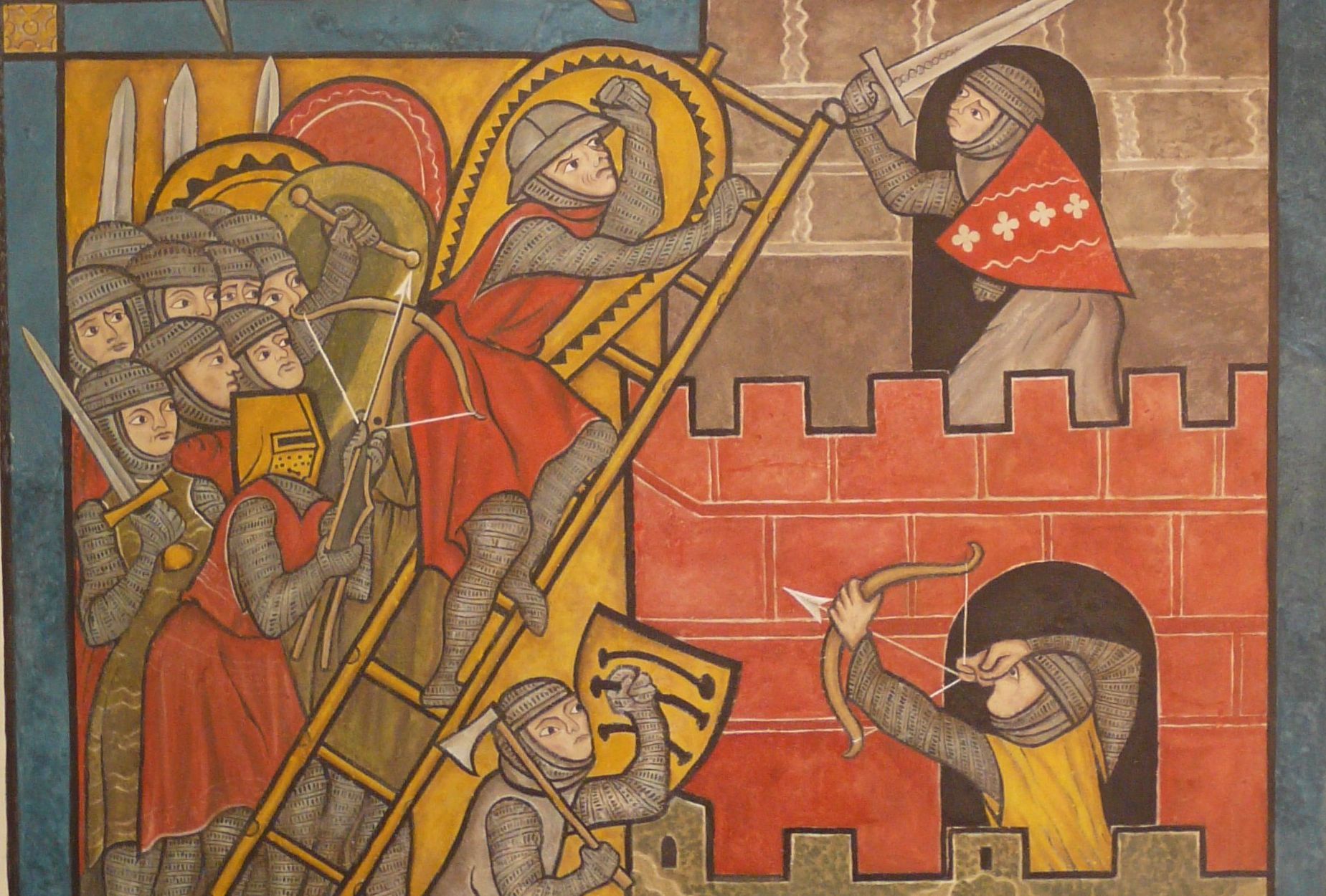 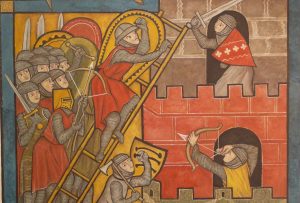 This week’s parsha, Vayechi, deals with the last years of Yaakov’s life. “And Yaakov lived in the land of Mitzrayim {Egypt} for seventeen years. And the days of Yaakov’s life were one hundred and forty seven years. [47:28]”

Yosef, told that his father Yaakov was ill, brought his two sons to see him. Yaakov blessed Yosef’s sons and then turned to Yosef. “And behold I have given you (the city of) Shchem as one (portion) over your brothers, that which I took from the Emori with my sword and my bow. [48:22]”

What does the Torah mean that Yaakov took it with his sword and bow?

Rashi explains that, when Shimon and Levi killed out the inhabitants of Shchem for violating Dina, all of the neighboring villages came to fight against them. Yaakov, girded with his weaponry, stood up against them.

The Ramban explains that this is actually referring to a time much later in our history. When Bnei Yisroel {the Children of Israel} entered Eretz Yisroel {the Land of Israel} they fought against the Emori for control of the land. Why then does it say that Yaakov took it with his sword and bow? The Ramban explains that it was the merit of Yaakov’s mitzvos {observance of the commandments} and good deeds that powered the later battles to victory. The true sword and bow of Bnei Yisroel is the merit of our service to Hashem. (The Medrash Rabbah in fact defines sword and bow to mean mitzvos and good deeds.) The passuk is teaching us that it was Yaakov’s ‘sword and bow’ that brought us the victory generations later. He actually conquered.

The Oznayim l’Torah shows that the order of the passuk clearly indicates that the battle described here is of a spiritual, not physical, nature. He writes that in a physical battle, one first uses the bow when the enemy is at a distance. As the enemy draws closer, one draws the sword to fight a close proximity battle. As such, were it a physical battle, the order of the passuk should have been that Yaakov took it first with his bow and then his sword. However, in the struggle against sin and temptation, one must first push the enemy away from the immediate area in order to create an environment conducive to mitzvos and good deeds. Such a battle is represented by the sword. Once that has been done, the challenge is to prevent any incursions from the enemy into that purified territory. That is represented by the bow. Yaakov who first used the sword and then the bow was clearly involved in a spiritual battle. Once that had been won, the outcome of the physical battle was a foregone conclusion.

The Torah is called Toras Chayim–instructions for life. We must remember what the true weaponry of Bnei Yisroel is. It is our service to Hashem that powers our military hardware. In the difficult times we are presently living through, we must keep our focus.

Arab riots are not a new phenomenon. When Arab riots broke out in 1919-20, Jews who ventured out of their doorways were putting their lives in danger. The book Guardian of Jerusalem relates that on the day before the outbreak, Rav Yosef Chaim Sonnenefeld, the venerable Rav of Jerusalem, had agreed to perform a bris {circumcision} in the new city. (At that time, majority of the Jews lived in the Old City while a few lived in the new neighborhoods outside the Old City walls.) The pleadings of his family that he remain at home fell on deaf ears. Wrapped in his tallis {prayer shawl} and tfillin {phylacteries} Rav Chaim walked alone through the most dangerous areas to the Damascus Gate and from there to the bris.

When asked why he had chosen to go through the most dangerous gate, he replied, “Shall we relinquish our claim on the quarter near the Damascus Gate? If we refrain from traveling that street out of fear, they will think that they have indeed succeeded in driving us out of that quarter. No! It is forbidden to relinquish any quarter or corner of Yerushalayim {Jerusalem} out of fear!”

A similar incident took place nine years later. On the bitter Friday of the seventeenth of Av, 1929, the fury of Arab rioters burst on the land. The murder and destruction reached its climax with the cruel massacre of fifty-nine Jews in Hebron.

With the conclusion of the Friday prayers at the Dome of the Rock, thousands of Arabs, incited by the Mufti, y’mach shmo, descended on Yerushalayim yielding swords and clubs. Considering the ferocity of the rioters, Jewish casualties were miraculously low with seventeen Jews killed and thirty-eight wounded.

The following day was Shabbos and, with tensions still at their peak, Rav Chaim had once again agreed to perform a bris in the new city neighborhood of Meah Shearim. He made Kiddush {sanctification of the Shabbos over a cup of wine} and ate a short meal. He then donned his caftan and, to his family’s utter amazement, announced that he was going to perform the bris. As Rav Chaim was nearly eighty years old, several people offered to accompany him. Upon reaching the end of the Jewish Quarter, Rav Chaim saw that they were terribly frightened and ordered them to return home. He then turned to proceed out of the Damascus Gate, through an extremely hostile Arab neighborhood that was dangerous even in normal times. On the same road that thousands of bloodthirsty rioters had surged just one day before, the awe-inspiring, tallis-clad figure of Rav Chaim now walked with confident steps to enlist another Jewish child in the covenant of Abraham.

After the bris, Rav Chaim visited his son who lived in that neighborhood and then began to return home. Against the protests of his family, Rav Chaim calmly explained that no harm befalls those who are doing a mitzvah, not on the way there and not on the way back.

Later Rav Chaim was asked why he went through the Damascus gate when the Jaffa Gate was much safer. “I chose to specifically use the Damascus Gate to inform the Arabs that they have not succeeded in frightening Jews out of even one section of the Holy City,” was his emphatic reply.

As Rav Chaim’s weaponry was his mitzvos and good deeds he had nothing to fear. Though imitating his actions without having his merits would be foolhardy, we must focus on our true weaponry in the face of a similar situation eighty years later.

Warmest wishes of mazel tov to Yossi Samet and Tzina Grinfeld on their marriage. May the two of you have much simcha and bracha together.