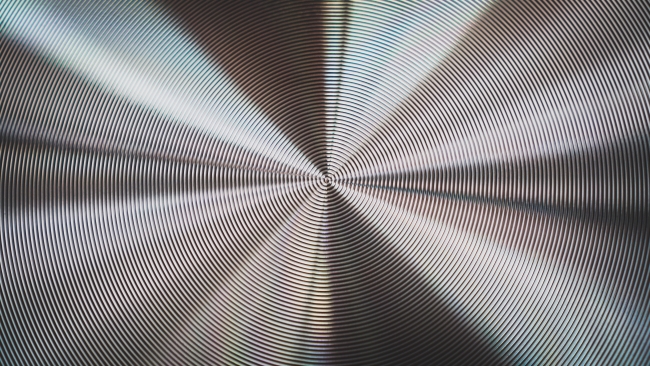 Perceptions Become Reality / All Blasphemies are not Equal 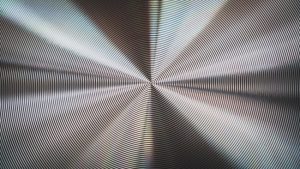 These divrei Torah were adapted from the hashkafa portion of Rabbi Yissocher Frand’s Commuter Chavrusah Tapes on the weekly portion: CD #1030 — The Bonfires of Meiron–When Did it Start? Why? Mutar? Good Shabbos!

A Person’s Perceptions Becomes His Reality

The Torah teaches, “The son of an Israelite woman went out — and he was the son of an Egyptian man — among the Children of Israel; they contended in the camp, the son of the Israelite woman and the Israelite man” [Vayikra 24:10]. This introduces the incident of the Blasphemer (Megadef). A certain individual got into a fight and blasphemed the Name of the Almighty. As it says in the parsha, this is a capital sin for which the punishment is stoning.

The pasuk uses the expression, “The son of an Israelite woman went out…” Rashi quotes several interpretations which address the question, “from where did he go out?” The Talmud quotes in the name of Rav Berachya that “he went out from the above quoted passage” (relating to the weekly (re)placement of the lechem ha’panim [“show bread”] on the shulchan [table] in the mishkan. “He scoffed and said, ‘On the Sabbath day he shall arrange it. It is the practice of the king to eat warm, fresh bread every day. Might a king eat cold, nine-day-old bread?'”

Twelve challahs were placed on the shulchan every Shabbos. The kohanim did not eat them until the subsequent week. The Blasphemer was upset about the “King’s honor.” We do not even give commoners day-old bread. Should a king be given bread more than a week old? What kind of business is this?

The Imrei Emes (the Gerer Rebbe) asks: The Gemara says at the end of Tractate Chagiga that a miracle occurred with the lechem ha’panim, that it stayed fresh the entire week. It was placed on the shulchan warm, and it remained warm (and fresh) the whole week. The Gemara further relates that when the people came to Yerushalayim [Jerusalem] for the shalosh regalim [pilgrimage festivals] and they were about to return home after spending a whole week in Yerushalayim, the kohanim would pick up the shulchan and show the pilgrims the shulchan with the lechem ha’panim and say, “See how dear you are before the Omnipresent — He makes a miracle that the bread stays hot (and fresh) for an entire week.” If so, what was this person’s problem? This was not stale bread — it was “fresh piping-hot bread, straight out of the oven.”

The bread on the shulchan was called lechem ha’panim (literally ‘Bread of the face’.) The Imrei Emes says that the pasuk in Proverbs teaches, “As water reflects a face back to a face, so one’s heart is reflected back to him by another” [Mishlei 27:19]. The way Reuvain perceives Shimon, the way he feels towards him, is the way Shimon will perceive him. When someone looks at someone else with a scowl, the object of the scowl will return the scowl right back to the first person, and the same with a smile. A person’s facial expression generates a reciprocal relationship.

That is the way people are. The way you look at people is the way they look at you. That becomes the reality. Even though in reality the lechem ha’panim was hot and fresh, his perception was that it was cold, because of his preconceived notions and agenda.

All Blasphemies are not Created Equal

The other observation I would like to share is from the sefer Milchamos Yehuda, from Rav Yehudah Lubart. The pasuk regarding the punishment of the Blasphemer says, “Any man (ish, ish) who will blaspheme his G-d shall bear his sin. And one who pronounces blasphemously the Name of Hashem shall be put to death; the entire assembly shall surely pelt him with stones — proselyte and native alike — when he blasphemes the Name, he shall be put to death” [Vayikra 24:15-16].

Rav Lubart makes an interesting observation: First the pasuk uses the expression “any man who will blaspheme his G-d he will bear his sin.” Initially, it does not say what the sin is. It just says he will have a sin. Then it says, “one who pronounces blasphemously the Name of Hashem he shall be put to death.” Why, he asks, does it merely say “He will bear his sin” in the introduction but regarding this particular blasphemer, it says, “he will be put to death.” Why weren’t these two statements condensed into one simple statement – a man who blasphemes G-d will be put to death! Why is it so verbose?

Rav Lubart answers with a novel idea: This blasphemer is one of those who left Egypt. He saw the ten makkos [plagues], he saw yetzias Mitzrayim [the Exodus], he saw krias Yam Suf [the splitting of the Red Sea], and he personally heard Hashem speak at Har Sinai. The Almighty, in all of His Glory, revealed to this person what no other generation had ever seen. And yet, he blasphemed the name of the Almighty. There are other people who only see G-d “in Hiding.” Sometimes they have such terrible troubles that they cannot even perceive that the Almighty is Merciful. Their perception of the Ribono shel Olam is not through the Shem Havaya (which is the Attribute of Mercy); it is through the Shem Elokim (which is the Attribute of Judgment).

The complaint against the Blasphemer was – You, who saw the Merciful Hand of G-d openly, you who witnessed the Name of “Havaya” – you of all people should utter the Name of G-d (Shem Hashem) and curse it?! You shall be put to death. On the other hand, there can be a person – Ish, Ish ki yekalel Elokav – who sees only the Attribute of Judgment (the Name Elokim) – who also utters blasphemous remarks. Ultimately, it is up to the Almighty to judge every person as they are, and if a person, chas v’shalom, curses the Name of G-d, it is a terrible sin and he will bear his iniquity. But depending on the circumstances, it may not be as bad as what the Blasphemer did.

We are all familiar with the terrible suffering that Iyov endured. In his suffering, Iyov uttered some things that should not have been uttered. But the Talmud [Bava Basra 16b] uses the language, “a person is not held accountable in his moment of terrible pain” (ayn adam nitfas b’shas tsa’aro). An example of this is that there are certain people, (May the All Merciful save us from such tribulations) who went through the Holocaust, and they were never the same. Perhaps because of their experiences, they say things or they believe things that should not be said or should not be believed. It is up to the Almighty to sort it all out. It is not for us to excuse, and it is not for us to blame — that is G-d’s task.

The first part of the pasuk alludes to that. First it says, “Any man who curses Elokav,” referring to a person who curses Elokim, because of the Attribute of Judgment that he has been shown. He will bear his sin — but it is up to the Master of the World to decide what that punishment will be. However, the Blasphemer, who utters the name of Hashem (the Name of the Merciful Havaya) and yet curses the Almighty – he is clearly deserving of being stoned. He shall be put to death!

Thus, the Ribono shel Olam takes into account the circumstances and the experiences of anyone who utters words that are blasphemous. At the very best “he will bear his sin”; but in the case of the Megadef — he shall surely be put to death.