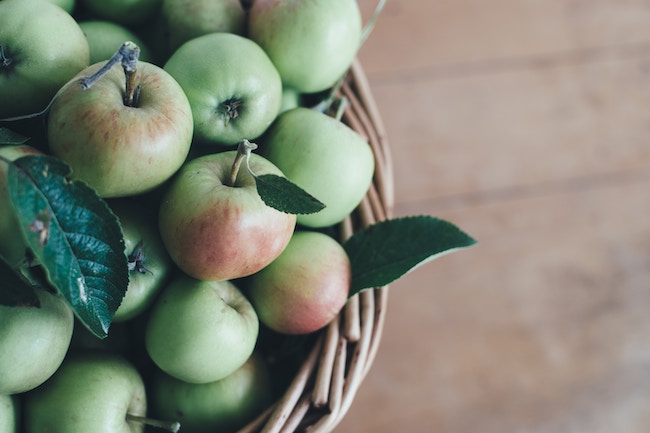 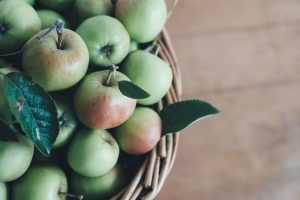 These divrei Torah were adapted from the hashkafa portion of Rabbi Yissocher Frand’s Commuter Chavrusah Tapes on the weekly portion: CD #1076 – Cheating in Business; It May Be More Asur than You Think. Good Shabbos!

The Appropriate Time and Place for Not Having Bitachon

Parshas Behar begins with an extensive treatment of the halachos of Shemitah and Yovel [the Sabbatical and Jubilee years]. The Torah promises that those who keep the laws of Shemitah will be blessed with a bumper crop in the sixth year to compensate for the lack of harvest in the seventh year.

Immediately after the section dealing with Shemitah/Yovel we read [Vayikra 25:25], “If your brother becomes impoverished and sells of his ancestral heritage, his redeemer who is closest to him shall come and redeem his brother’s sale.” There is a halacha in the Torah that if a person really falls on hard times and then, as a measure of last resort, needs to sell his ancestral property in Eretz Yisrael, ideally, a relative who can afford to do so should come and try to buy back the family property from the purchaser.

We wish to explain two things. First, why does this parsha immediately follow the laws of Shemitah? Second, the Medrash comments on the words, “If your brother becomes poor,” by stating, “About this case it is written, ‘Happy is he who understands the poor person.’” [Tehillim 41:2] Why does the Medrash make this comment on this particular pasuk? How does this relate to a person who understands the plight of the needy?

I saw a drasha quoted in the name of “Rav Yaakov, Dayan of the Holy Community of Vilna.” This individual is Rav Yaakov Yosef [1840-1902] who later became the one and only Chief Rabbi of New York City. He was an outstanding Talmid Chochom and a gifted speaker. He came to New York from Vilna during the late 1800s. The intense difficulties he encountered there drove him to his grave and no one ever assumed the position of Chief Rabbi of New York City again.

He delivered this drasha in 5645 (1885), to a “Somech Noflim” organization in Vilna, before he came to America. He expounded on both of these points: The explanation of the juxtaposition of the Sabbatical year with the situation of one who becomes poor, as well as its relevance to the pasuk in Tehillim “Ashrei maskil el dal“. He explains a phenomenon which we are all aware of – namely, that human beings are capable of contradictory emotions. We can feel one way one day, and a totally different way another day. At the same time, we can have great fear and great confidence. Sometimes we are extremely happy; at other times, we are extremely depressed.

Among the contradictory emotions that people are capable of feeling are the emotions of bitachon[confidence] and daygah [anxiety]. One day we can feel confident that the Ribono shel Olam will take care of us and that whatever happens to us is ultimately good for us. “I have nothing to worry about because the Almighty is in charge of my life – whatever happens will be for the best.” On the other hand, we can feel terribly unsure of ourselves and we can worry about everything. There are people who have a greater tendency to one attribute than the another. Some people feel they can never have enough money because “who knows what is going to happen to me tomorrow.” Even if I have enough money for myself, I need money for my children. Even if I have enough for myself and my children, I want to leave something over for my grandchildren. Some people are never satisfied. They are always worried. What is going to be? What is going to be?

On the other hand, some people are so serene about life. They can literally not know the source of their next meal, but they approach that fact with calm and equanimity. Rav Yaakov Yosef says that usually a person worries about himself. However, the same person is a master of confidence about someone else. Regarding myself, “I need to worry about my retirement, my children and my grandchildren.” However, when I am approached about a family in the community who is in dire straits, who is going to be foreclosed and who cannot put food on the table for the children, the attitude is “Nu – Hashem will help, we need to have bitachon!”

This phenomenon is not uncommon. Says Rav Yaakov Yosef – if truth be told, it should be the exact opposite. Regarding oneself, a person should have confidence that the Ribono shel Olam will take care of everything; regarding one’s neighbor, one should not be such a “ba’al bitachon.”

I once heard in the name of a great person that every middah a human being can experience has its proper time and place. If so, what is the proper time and place for the middah of kefirah [heresy – saying there is no G-d]? Such an emotion exists. When is a person supposed to use it? This great person said that this emotion is appropriate for your friend’s problems. Upon hearing about your friend’s financial or other problems, you should not proclaim, “There is a G-d in this world. He will take care of him!” Rather, this is the appropriate time for heresy, agnosticism, and questioning whether G-d will in fact take care of him! That is when you should be thinking, “I cannot rely upon G-d. I need to take care of this fellow myself!”

The meforshim say that Shemitah is the prototype of bitachon in the Torah. A person needs to realize that his livelihood comes from the Ribono shel Olam. To prove it, for one year out of seven, he does not plant anything, and nevertheless he survives. After Shemitah, a person can proclaim “I have bitachon. I put my money where my mouth was. I did not plant. I had full faith in the Almighty and I did what he asked me to.”

When the Shemitah year ends, after a person celebrates his successful survival of the “Shemitah test,” perhaps he will hear about someone who is hard on his luck. Times are so bad for him that he needs to sell his house. Should the post Shemitah farmer say to this bankrupt person “Don’t worry! See, I was not worried. I took off a year from planting and it worked for me!?” The Torah says, “No.” A person needs to understand the plight of the poor (be ‘maskil el dal‘). Regarding yourself, bitachon is most appropriate. Regarding someone else’s problems, skepticism regarding help from the Almighty is appropriate.

Do not pat yourself on the back and bask in your having had success with your Shemitah experience. Regarding your fellow man, understand his plight, put aside the attribute of bitachon and bring out the attribute of theological doubt. Regarding somebody else, the proper attitude is “I need to provide, and if I do not, who will provide for him?”

The Reward Does Not Fall Far from the Apple Sanctity

A person by the name of Rav Asher Anschel Eckstein, a Dayan in the Belzer Community in Jerusalem, told over the following story, which he heard with his own ears from the family members involved in the story.

Parshas Behar contains the mitzvah of Shemitah. On the seventh year a person may not plant, and anything that grows needs to become ownerless (hefker) after a certain point. What is even more amazing is that any produce that grows on its own in the Sabbatical year is sanctified (kodesh). In chutz L’Aretz, these laws do not directly affect us, but imagine this: A cucumber that is kodesh! A cucumber peel that is holy! An apple peel that needs to be treated with sanctity, as if it was a sefer!

This is an amazing thing. All the produce that grows in the seventh year must be treated with holiness. The story is as follows:

A woman in the holy city of Jerusalem had a housekeeper who was a foreign national, not an Israeli citizen, not Jewish, simply a non-Jewish foreign worker. She had been working for this Jewish woman for some time. One day she said to her employer, “I am leaving Israel, I am going back home to my native country.” The Jewish homemaker wanted to give her long time housekeeper a going away present as a token of appreciation for her many years of good service.

She searched her house high and low for some kind of appropriate gift but could not find anything that seemed suitable. Finally, she told her: “You know what, I would like to show my appreciation for your years of loyalty to our family – please take this bag of apples for your family.” This was not much of a going away present, but it was all she had at the moment when she needed to come up with something.

The homemaker’s husband came home a short time later and his wife told him “Our cleaning lady is going home to Thailand, so I gave her a bag of apples as a going away present.” He was horrified: “You gave her a bag of apples? It is Shemitah! Those apples have kedusha, how can we give her the apples? She does not know how to handle fruit with Shemitah sanctity properly. Furthermore, Shemitah fruit may not be taken to chutz l’Aretz. They must stay in Eretz Yisroel!

The wife said, “Oh, my gosh! I forgot! I will run after her and get back those apples. I know what bus she takes. I will run to the bus stop and catch her.” She ran out of her house, ran to the bus stop just as the bus with her cleaning lady was pulling away from the stop. People asked her, “What is the problem?” She answered that she needed to catch someone on that bus. They told her that the bus took a circuitous route and that if she ran ahead to another stop, not far away she could expect the bus to be there in ten minutes.

She ran huffing and puffing to that next bus stop and once again, as soon as she got there the bus started pulling away. She started waving frantically to the bus that she needed to get on. The Israelis on the bus saw her waving and yelled to the bus driver “Atzor! Atzor!” [Stop! Stop!]. Finally, the driver stopped the bus and the breathless housewife boarded the bus. She looked around and finally spotted at the back of the bus her housekeeper from Thailand! She ran over to her and the housekeeper started crying! The housekeeper tearfully said, “I’m sorry! I am sorry! Here it is!”

Apparently, the homemaker took her own going away present. She went into the woman’s jewelry box and took her most expensive jewelry. She assumed that her employer was running after her to get her jewelry back. She said, “Here is the jewelry! Here are the apples! Just don’t tell the police!” The Jewish woman said, “Okay. I won’t tell the police.”

Because of being particular about the sanctity of Shemitah fruits – that they should not be abused and should be treated with Shemitah sanctity – the Ribono shel Olam rewarded this woman on the spot, and she was able to get back the jewelry that she had not yet discovered was missing.