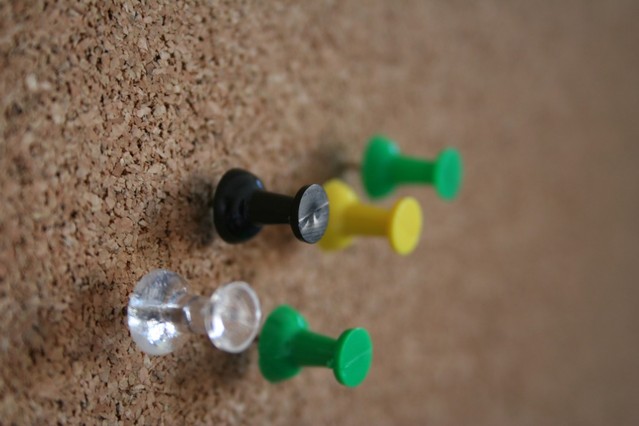 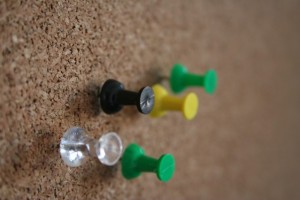 Make holy garments for Aharon, your brother, for glory and for splendor. (Shemos 28:2)

THERE ARE MANY ways to describe the purpose of Creation. However, they all come down to a single idea:

If you analyze the days of old which preceded you, from the time God first created man upon the earth, and investigate from one end of heaven unto the other end of heaven, can you find anything that has occurred as great as this; has the likes of this ever been heard? Did a people ever hear the voice of God speaking out of the midst of fire, as you did, and yet survive? Did ever God take a nation from the midst of another nation, through tests and signs, by wonders, by war, by a strong hand and stretched out arm, with awe, as God, your God did for you in Egypt before your eyes? This was shown to you so that you could know that God is God, and that there is no one else aside from Him. (Devarim 4:32-35)

To appreciate what this truly means, it is important to be more specific, especially considering what the Hebrew text says:

… To know that Hashem is Elokim, and there is no one else but Him.

It is not simply a matter of knowing that “God is God,” but specifically of knowing that Hashem, spelled Yud-Heh-Vav-Heh, is “Elokim,” as we repeat seven times at the end of Yom Kippur. Elokim may run the world in a quiet behind-the-scenes manner which others call “Nature,” but it is really Hashem running the entire show.

To better understand what this means, the Torah later warns about an opposite reality:

“I will become very angry at them on that day, and I will abandon them and hide My face from them. They will be devoured, and plagued by many evils that will distress them, and will say, ‘Do we not suffer because God has left us?’ ”  (Devarim 31:17)

It will be as if I do not see their troubles. (Rashi)

“As if,” but not actually. During hester panim, when God hides His face, so-to-speak, the result is a perception of abandonment by God, as a result of what happens in history and how. God ALWAYS runs the show, and is as involved in the lives and destiny of the Jewish people as ever. It just won’t appear like that in the minds of the Jewish people, the result of previously having ignored God.

Hence, the Ba’al HaTurim reveals that:

The end letters [of the Hebrew words for “hide My face from them. They will be devoured”] have the gematria of ‘Haman,’ and this is what the rabbis learn in Chullin (139b), that “Anochi haster astir” hints to Esther.

Haman, the infamous descendant of Amalek, whose main offense is tampering with the perception of the Jewish people:

The hand of God is raised to swear by His Throne to have eternal war and hatred against Amalek. Why is it written Chof-Samech and not Chof-Samech-Aleph and why is the Name divided in two? God swore that His . . . Throne will not be whole until the name of Amalek is completely obliterated. (Rashi, Shemos 17:16)

This means that Amalek exists to create doubt regarding Hashgochah Pratis—Divine Providence—making it seem as if God does not see all that happens in the world of man, or at least, that He doesn’t care. Hence, the gematria of his name equals 240, the same as the Hebrew word “suffek,” which means “doubt.”

“Amalek” can also be read, Ayin-malak—Mem-Lamed-Kuf—which means “severed eye,” because that is what he does: he severs the MIND’S eye of the Jewish people. But apparently, it is only an eye that the Jewish people have begun to sever themselves:

Then came Amalek and attacked the Jewish people in Refidim. (Devarim 17:8)

The Torah places this section immediately after this verse (when they asked, “Is God amongst us or not?”) to imply, “I am always amongst you and ready at hand for everything you need, and yet you say, ‘Is God amongst us or not?’ By your lives, that dog shall come and bite you, and you will cry for Me and then you will know where I am!” It is like a man who carried his son on his shoulders and went on a journey. The son saw an article and said, “Father, pick up that thing and give it to me.” He gave it to him, and so a second time and also a third time. Yet, when they met a certain man along the journey, the son asked him, “Have you seen my father anywhere?” Therefore, the father said to him, “You do not know where I am?” At which point he put him down and a dog came and bit him. (Rashi, Shemos 17:8)

Based upon this, it would seem that Amalek is the name of the spiritual void that results when the Jewish people cease to be real with the idea that “Hashem is Elokim.” This is why the potential for Amalek, in the form of Haman, resulted when Adam HaRishon ate from the Aitz HaDa’as Tov v’Ra—the Tree of Knowledge of Good and Evil, as the Talmud states:

Where is there an allusion to Haman in the Torah? In the verse, “Did you eat from—hamin—the tree?” (Chullin 139b)

It is a play on the word “hamin,” which can also be read, “Haman,” establishing a connection between Haman and the Aitz HaDa’as Tov v’Ra. Hence, the main result of the eating itself, the Torah says was:

Hide from God? Is that even possible? No. But, a person can think that they are hiding from God if they are not real with the idea that “Hashem is Elokim.” If a person takes God’s silence as evidence of His absence, they can easily delude himself into believing that God goes elsewhere at times.

That’s why it is not coincidental, but Hashgochah Pratis, that Parashas Zachor is usually Parashas Tetzaveh. It is the role of the kohanim through their office, and the “Nation of Priests” through their lifestyle, to make the reality of “Hashem is Elokim” apparent to everyone. If we don’t, then we become evidence of just that opposite, suffering as a result and profaning God’s Name in the process.